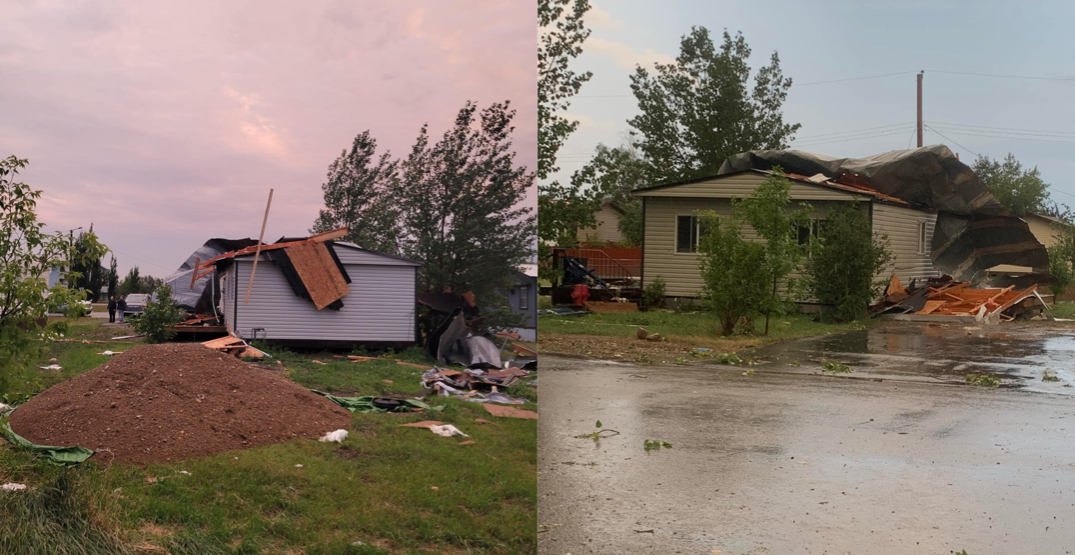 A tornado warning was issued for the Fairview region on Friday night with the storm making its way into the Hines Creek area before moving towards Fairview.

An Alberta Emergency Alert was issued at 9:43 pm for a possible tornado and was reissued multiple times before it was cancelled just before midnight.

“Hines creek was just hit with a bad storm”, wrote one Facebook user.
“Trees down, power lines down, building flipped, fences down, roof and parts of roofs off!”

The Village of Hines Creek has a population of nearly 400 people and is approximately 565 kilometres northwest of Edmonton.