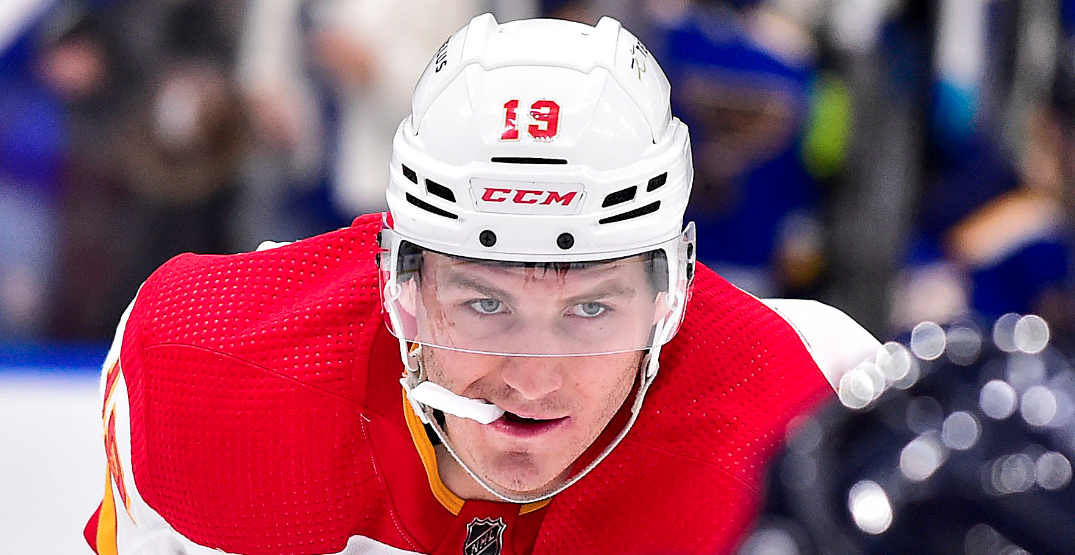 It wasn’t easy, but in the end, Matthew Tkachuk opted not to be a long-term member of the Calgary Flames.

It made for a quick departure.

Tkachuk, who informed the Flames he would not be signing a long-term contract extension last weekend, found himself at the centre of a blockbuster deal between Calgary and the Florida Panthers — a team he’ll spend the next eight years with after signing a massive $76-million contract with.

“A lot went into it, a lot of thinking,” Tkachuk told Linda Cohn on SportsCenter. I came to this conclusion of what I wanted to do and go elsewhere, probably about a week, week-and-a-half ago maybe.

“From then, just figure out where I wanted to go. I had a few teams I was willing to go to, but a lot had to do with on-ice, off-ice, lifestyle, everything. I’m at a perfect place, exactly where I want to be right now in Florida. Ecstatic, excited to get down there. I’m going down in a couple of days. Can’t wait to see it all.”

Great to talk with new @FlaPanthers Matthew @TKACHUKycheese_ on @SportsCenter about blockbuster deal. Why he didn’t want to stay with @NHLFlames #NHL pic.twitter.com/gO2YxBfx8C

Tkachuk’s sudden move came after a personal NHL career-high 104 points (42 goals, 62 assists) on a team that finished first in the Pacific Division and advanced beyond the first round of the Stanley Cup Playoffs for just the second time since playing in the Stanley Cup Final in 2006.

It also followed Johnny Gaudreau’s departure a week prior.

“I narrowed it down to just three or four teams that I wanted and I stuck with that the whole process,” Tkachuk continued. “I don’t know how many there were that if they did want me or not. I’ll never know. I chose the Florida Panthers, first and foremost, how great of a team they are and how great of a chance they have to win. They put themselves in a position the last few years to ultimately win that and have come up short. Hopefully, I’m a guy that can put them over the edge.

“On the ice it’s one thing. Off the ice it’s a great place to live. I wouldn’t want to be anywhere else other than Florida.”