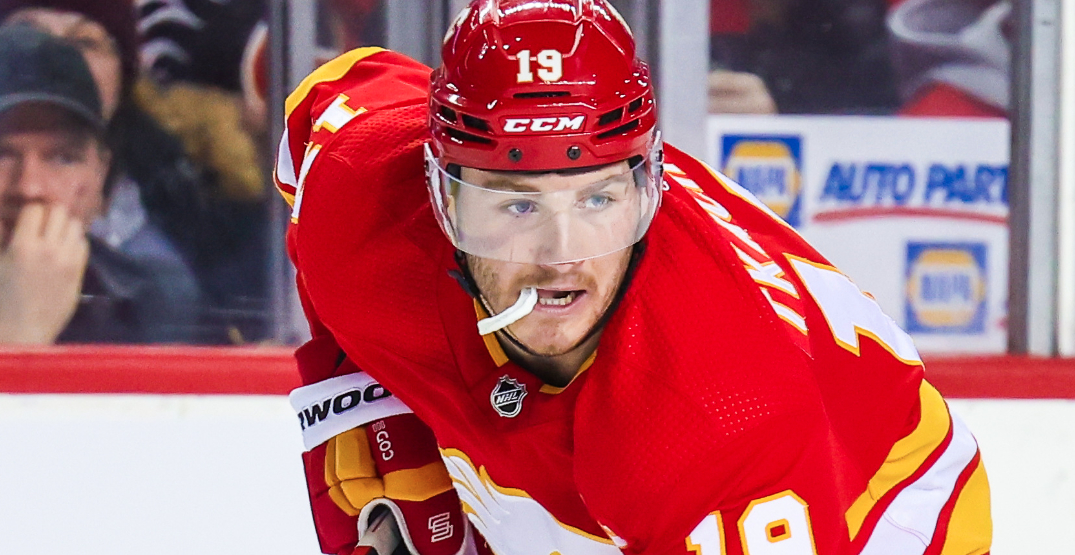 If moving Matthew Tkachuk to the Florida Panthers seemed like a sudden swing for Calgary Flames general manager Brad Treliving, that’s because it was.

All in, things came together in under a week.

From start to finish.

“Saturday or Sunday I had a conversation with Craig Oster, who is from Newport Sports who represents Matthew. I had an additional call with Matthew,” Treliving outlined Friday. “At that time they informed me that Matthew did not have an appetite and would not sign with the Calgary Flames long term.”

A difficult conversation, no doubt.

And one that put into motion a series of events that returned forward Jonathan Huberdeau, defenceman MacKenzie Weegar, prospect Cole Schwindt, and a conditional first round pick late Thursday night.

After Treliving’s conversation with Tkachuk on the weekend, Treliving and the Flames opted to take the restricted free agent forward to team-elected salary arbitration on Monday. This gave Calgary a longer leash on navigating the trade market, to which Tkachuk had outlined several possibilities.

“We then took the step Monday filing for salary arbitration,” Treliving said. “For that process, there’s been a lot of inaccurate reporting. That process was really to extend the time period for us to make with Matthew. If you look at deals of this significance over the recent past, there’s been anywhere from a year to seven months to complete a transaction of this matter. We tried to do something in a very short period of time. The filing allowed us to move the time period from taking his qualifier on Friday to a to-be-determined date of his salary arbitration.”

The move, which eliminated any offer-sheet scenarios, immediately sparked rumours of a potential trade. Those rumours turned to reports Wednesday that Tkachuk had informed the Flames that he wasn’t interested in signing long-term with the club. Instead, the 24-year-old had listed off a number of clubs he would pursue a long-term deal on.

Then, Treliving got to work.

“We then had a list of teams Craig had provided to us through Matthew that he would be open to at that particular time signing a long-term contract,” Treliving said. “I think everybody understands the challenges of trading a player on a one-year contract. To maximize return, teams would like to get Matthew signed to a longer-term contract. We were given a limited group of teams to deal with, and in some ways, Matthew, whether he chose to sign with a particular team, could’ve put us in a more difficult situation.”

By Thursday night, Tkachuk was a member of the Panthers.

And Huberdeau and Weegar were bound for Calgary.

“Early on in the process when we felt we had an opportunity to look at the types of players and impact of players we were able to get a deal done with, which was Jonathan Huberdeau, MacKenzie Weeger, Cole Schwindt, and the future pick, that became, clearly, a path we tried to go down early in the process,” Treliving said.

The process, as quick as it was, worked well for the Flames.

They sacrificed a young player coming off an NHL career-high 104 points (42 goals, 62 assists), but were able to return the NHL’s second leading scorer in Huberdeau, who tied with former Flames star Johnny Gaudreau at 115 points, and bolstered their depth with what Treliving described as a “top-pairing defenceman.”

Not a bad piece of work, all things considered.

“He made a decision to move on,” Treliving said. “I appreciate his honesty. I appreciate him coming to that decision. A week ago this was not a plan that we had. We were not looking to move Matthew Tkachuk, but we were put in a situation we had to do the very best thing we could for the organization.

“He chose the path to go down and we had to facilitate as best we possibly could.”