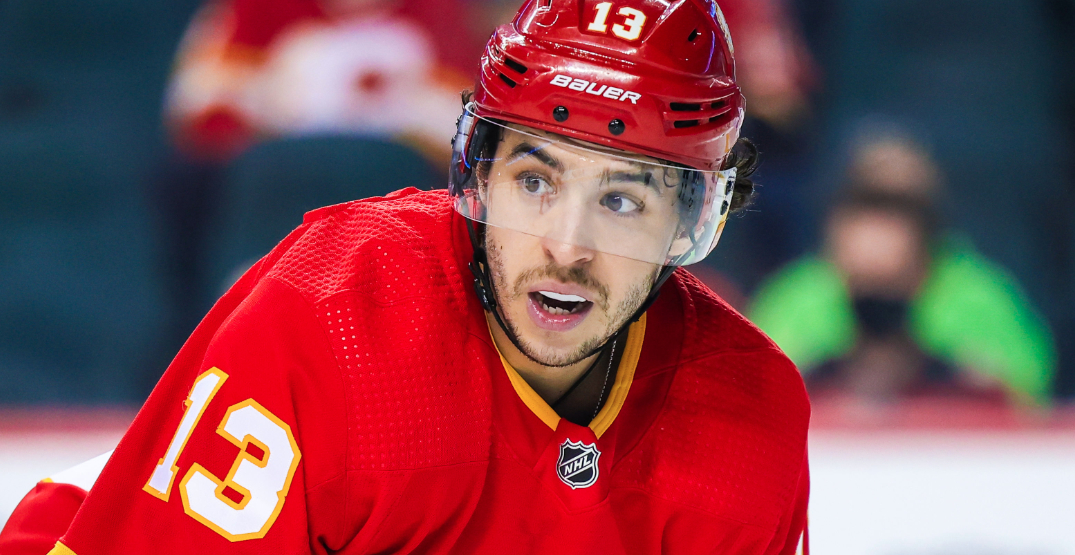 He dropped jaws in Calgary again in signing with the Columbus Blue Jackets to a contract that was one year fewer than the Flames offer, and nearly $16 million less over the duration of the deal.

Gaudreau tried to explain why on Wednesday.

He took to the [web]pages of The Players’ Tribune to piece together a heartfelt letter to the Flames fans that faithfully cheered him on from the days he was a pint-sized prospect to a spectacular superstar.

“Before I was a hockey player, I was a hockey fan. I totally get it. It’s hard not to see any free agency decision as a betrayal,” Gaudreau wrote in the piece.

“All I would ask though is for people to hear me out, as a human being.”

“All I would ask though is for people to hear me out, as a human being.”@johngaudreau03 in his own words.https://t.co/3asGKE2x9z

Fans didn’t seem to initially want to however, as Gaudreau, to his surprise, quickly became the object of animosity as to how he could string Calgary — both the city and team — along for so long before opting for what many suggested was a less desirable location, team, and term.

That anger seemed to double-down after Gaudreau’s introductory press conference with the Blue Jackets last week.

“But as much as I love hockey… family is everything to me,” wrote Gaudreau, who was second in league scoring with an NHL career-high 115 points (40 goals, 75 assists). “It’s the most important connection I have. And a few years ago, I think I started to realize how much you sacrifice when you give 100% to your career. I felt like I needed to do more to center my family in my life after we experienced some hard times.

“My dad’s heart attack in 2018 was a big moment for that. It was really so bad and he’s lucky to be here today. A very scary situation. And seeing him in that hospital bed… it hit me extremely hard. I thought about how little I’d seen my parents since I’d been in the league. These moments and experiences change you as a person.”

Gaudreau, an expected father with wife Meredith, continued that he tried to find a balance between family and hockey, and Columbus offered the best fit of both.

He reiterated the difficulty of leaving several times.

Gaudreau, who said he looked to re-sign with the club last summer before exploring options this July, was plucked out of the fourth round (No. 104) of the 2011 NHL Draft by the Flames as a self-described 5’6″, 130-pound forward out of Dubuque in the United States Hockey League.

He’d spent his entire NHL tenure, all 602 games, with the Flames.

“As much as we both love Calgary, I think Meredith and I just felt that it was going to be very hard to continue living as far away from our families as we’ve been living — especially as we’re starting a family of our own,” Gaudreau wrote.

“It’s the toughest decision we’ve ever had to make.”