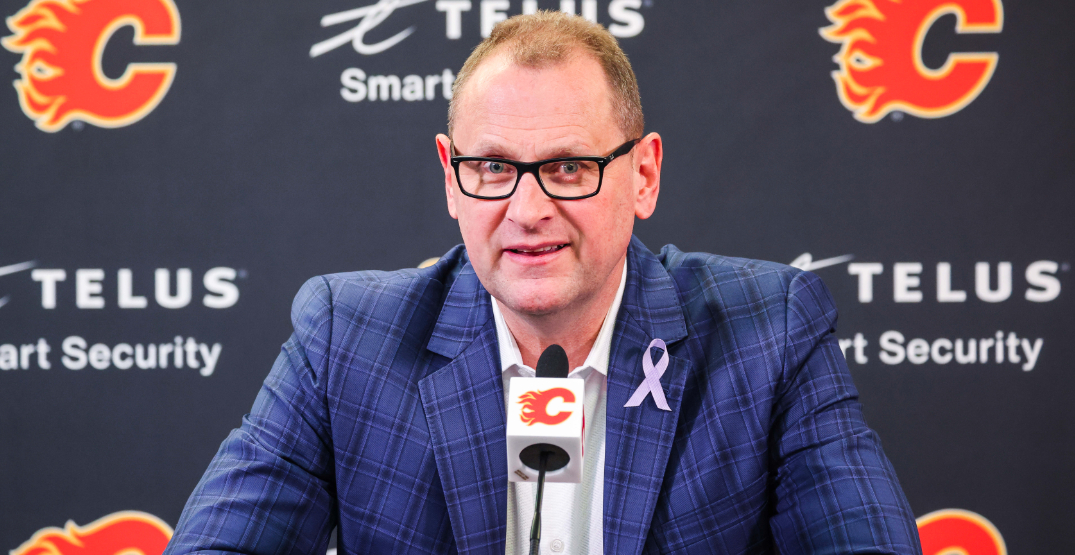 Brad Treliving is not a fan of the scuttlebutt making the rounds.

After losing American-born stars off his roster in back-to-back weeks, the Calgary Flames general manager took a moment out of a media availability Saturday to reaffirm the value of the city and company he currently calls home.

“A lot has been written and talked about and discussed the last week about Calgary,” Treliving started, unprompted. “Quite frankly, I think the city and us as an organization has taken some body shots. Quite frankly, it pisses me off. This is a wonderful community. I think anybody that lives here is privileged to live in a wonderful community. We’ve got a team that I think is a top team in the league, a team that’s competing every year to be a Stanley Cup champion, and we’re going to continue to do that.”

Critics took some shots at Calgary — both city and franchise — after the departures of Johnny Gaudreau and Matthew Tkachuk, two-thirds of the top line in the National Hockey League last season.

I am sure Calgary is great but calling it the 3rd "most livable" city in the world seems to ignore that it's cold and dark for 4 months out of the year and that's a big factor in "livability" for most people.https://t.co/Jzlo9V3wxU

Gaudreau, who finished tied for second in the league with an NHL career-high 115 points (40 goals, 75 assists), notified the Flames at the 11th hour he would test the open market and eventually signed as an unrestricted free agent with the Columbus Blue Jackets on a seven-year, $68 million contract.

The 28-year-old, who Calgary drafted in 2011, cited primarily family reasons for the move.

Tkachuk, who had an NHL career-high 104 points (42 goals, 62 assists) alongside Gaudreau and Elias Lindholm, informed Treliving he would not sign a long-term contract in Calgary a week ago. It led to the Flames electing to take Tkachuk to salary arbitration before moving the 24-year-old to the Florida Panthers in a blockbuster deal that returned Jonathan Huberdeau and MacKenzie Weegar, as well as prospect Cole Schwindt and a conditional first round pick.

“People have the right to choose and pick to where they may want to go or not want to go, but as a community, as an organization we don’t have to apologize for anything,” Treliving said. “We’re proud of who we are. We’re proud of the community that we work and live in, and the people that work here and play here are tremendously proud to be living here, working for, and playing for the organization. I just want to state that those are things we’re proud of, and we will never apologize for the community we are in.”

"The people that work here and play here are tremendously proud to be living here and working for and playing for the organization."

Tkachuk and Gaudreau leaving a Canadian team also prompted questions about whether or not Treliving would be shy to select more American-born players in the annual NHL Draft.

“It’s easy to just paint a big swath over all the players. At the end of the day, to me players have abilities to make decisions and have certain rights at points in their careers when their contracts reach a certain point. I don’t think we need to condemn every American player here.

“We had two players who’s contracts were up and made decisions. We knew the challenges, potentially presenting us as those players got to the end of their contracts. We made strong cases for both of them to be there. They decided to move on. We’ve got to move on. We are excited about the ability to add the players we did yesterday, and we move forward.”