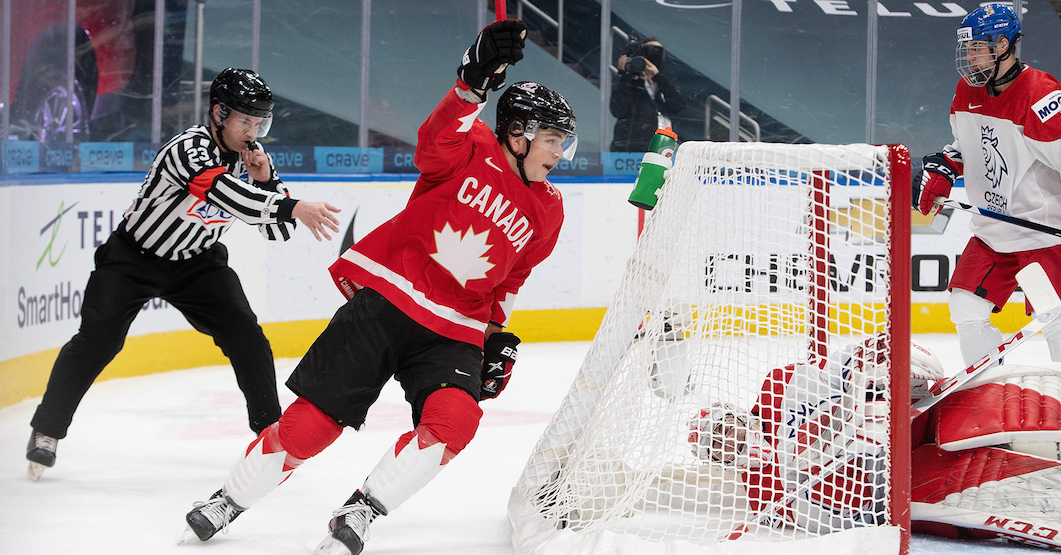 We’re getting closer to the holiday season.

And that means World Juniors action.

Hockey Canada has announced ticket packages will go on sale for the 2022 IIHF World Junior Championship, at Rogers Place in Edmonton and Peavey Mart Centrium in Red Deer, on December 3 at 10 am MT.

It’s the most wonderful time of the year! ❄️

The #WorldJuniors is back in Alberta this holiday season and we want you to be there. Limited ticket packages for Edmonton and Red Deer go on sale December 3 at 10 a.m. MT. 🎟️

Further information on ticketing will be released in the coming weeks. All ticket holders must be fully vaccinated to attend games in both communities.

The 31-game tournament begins next month, running from December 26 to January 5.

The round-robin portion of the schedule will be highlighted by Canada hosting Finland on New Year’s Eve. Canada will also play the Czech Republic on Boxing Day, as well as Austria on December 28 and Germany on December 29.

Canada won silver last year after being upset by Team USA in the gold medal match in Edmonton. The tournament was held without fans in attendance in 2021 because of COVID-19 protocols.

Fans can sign up to become a Hockey Canada Insider to receive access to advance ticket sales and incentives for upcoming events.