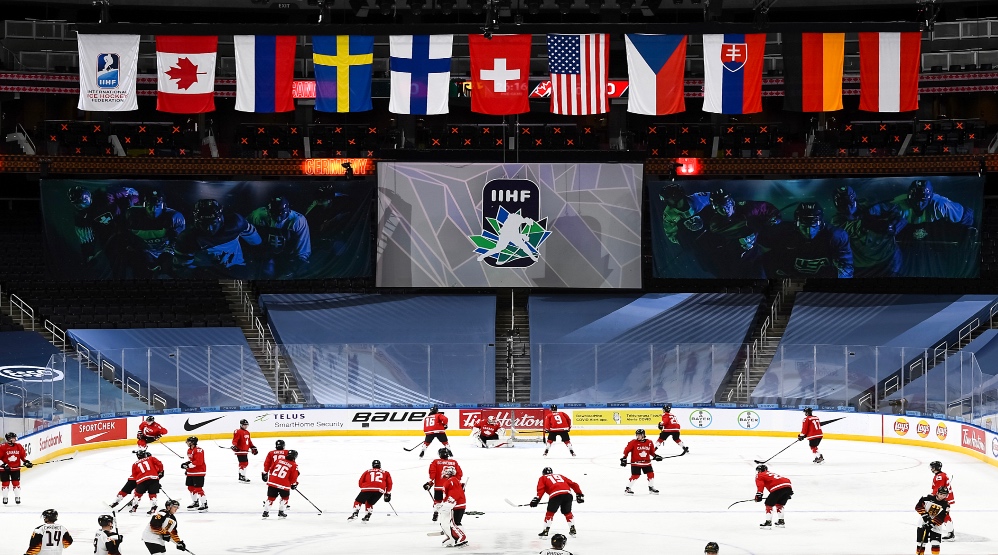 Get ready, Edmonton. The full schedule for the 2022 IIHF World Junior Championship has been revealed, including an exciting New Year’s Eve matchup.

The 2022 edition of the World Juniors will get underway on Boxing Day at Rogers Place.

Thirty-one World Junior games will be played at Rogers Place in Edmonton and the Peavey Mart Centrium in Red Deer from December 26, 2021, to January 5, 2022.

In addition to Canada’s New Year’s Eve match-up against Finland, it will also play the Czech Republic on Boxing Day, as well as Austria on December 28 and Germany on December 29.

All team Canada games will be played at 5 pm local time.

The puck drops on Boxing Day at the @WorldJuniors in Edmonton and Red Deer, with 🇨🇦 taking on 🇨🇿 to kick off the hockey holiday tradition.

“The World Juniors is a marquee event for Canadian hockey fans, and the unveiling of the schedule is a sign of how close the event is to getting underway in Edmonton and Red Deer this holiday season,” said Riley Wiwchar, executive director of the 2022 IIHF World Junior Championship, in a news release.

“We look forward to bringing the World Juniors to both communities while showcasing some of the best international hockey to fans, both locally in these two communities, as well as across the country and around the world.”

Since its inception, Canada has captured 18 gold medals at the IIHF World Junior Championship, in addition to 12 silver and six bronze medals.