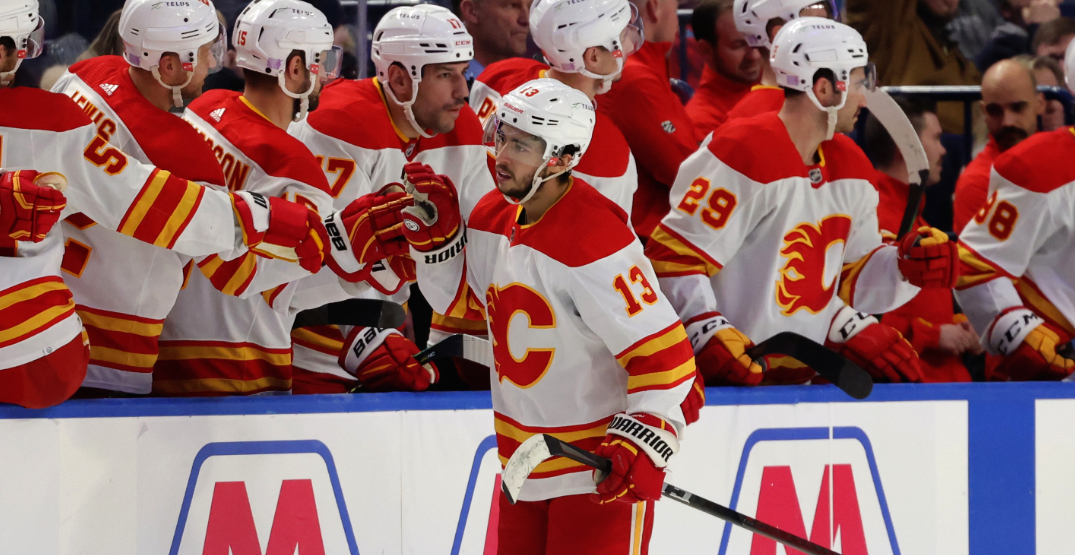 He netted seven points (four goals, three assists), including two game-winners, as the Flames went 3-0-1 in four road games through some familiar cities to Gaudreau.

Gaudreau had an assist and an NHL career-high 10 shots in a 2-1 loss at the Philadelphia Flyers last Tuesday. Carneys Point, where Gaudreau grew up, is just a half-hour drive from Wells Fargo Center, home of the Flyers.

Gaudreau had two goals and an assist, his 39th career three-point outing, in a 5-0 win against the Buffalo Sabres on Thursday. It was his 28th career multi-goal performance and 24th game-winner.

Leaving Johnny all alone at the side of the net is a bold strategy.

It did not pay off for them. pic.twitter.com/ivrc3ulmQ4

He added two more points, one goal and one assist, in a 5-2 win against the New York Islanders in Saturday’s opening of UBS Arena.

Gaudreau capped the week with his third game-winning goal of the season, tied for fourth-most in the league, in a 4-0 win against the Boston Bruins. The 28-year-old spent three seasons playing for Boston College, winning the Hobey Baker Award as the top men’s hockey player in the NCAA in 2014.

Thanks for the big rebound 😊 pic.twitter.com/JEwQ2ZrebS