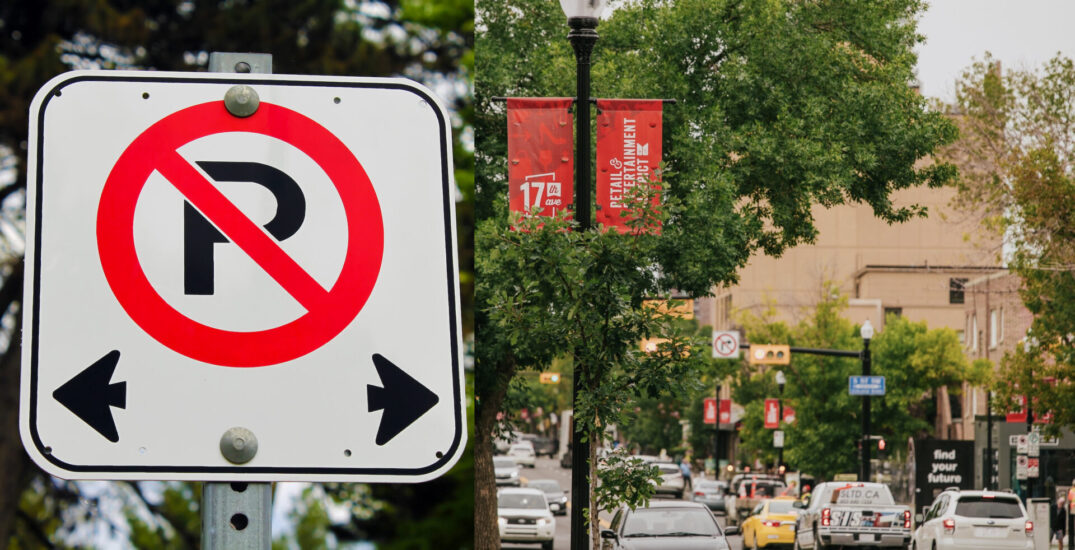 As the Calgary Flames head into the second round of the Stanley Cup playoffs, the City of Calgary has announced temporary road closures and parking bans during games to keep fans safe while they celebrate.

Parking bans will be in effect on 17th Avenue SW and 11th Avenue SW during both home and away games, while the only road closure officially in effect so far will be for Game 1 on Wednesday, May 18.

However, roads may also temporarily be closed after each home game to ensure everyone safely exits the Scotiabank Saddledome and Red Lot, says the City of Calgary in a press release.

“The City, along with our partners,” reads the release, “continue to work together to support a safe Red Mile experience that allows citizens to celebrate the Flames’ chase [for] the Stanley Cup, as well as support local businesses, and showcase community spirit in our city.”

The iconic Calgary Stampede Showband will be providing an energizing pre-game performance on Wednesday night. The band will play on 17th Avenue SW, starting at 5th Street SW, at 6:10 pm, before heading to the Palace Theatre on 8th Avenue SW for a performance at 6:45 pm.

For this performance, 17th Avenue SW will be closed from 4th Street SW to 5th Street SW for approximately 30 minutes beginning at 6 pm.

“Local residents and fans heading downtown for tonight’s game should look up possible detours, expect traffic delays and try to leave extra time when travelling before and after playoff games,” says the City.

The release notes that there will also be additional street entertainment before each home game in the communities around the Scotiabank Saddledome, so keep an eye out for road closures during future games.

In addition to road closures, parking bans will be in effect during the Calgary Flames playoff run.

Parking bans will take place along 17th Avenue SW between Macleod Trail SW and 9th Street SW, starting at 6 pm during both home and away playoff games.

Parking bans will also be in effect along 11th Avenue SE from 1st Street SE to 5th Street SE during games.

For more information about Red Mile celebrations, head to the City of Calgary’s website.