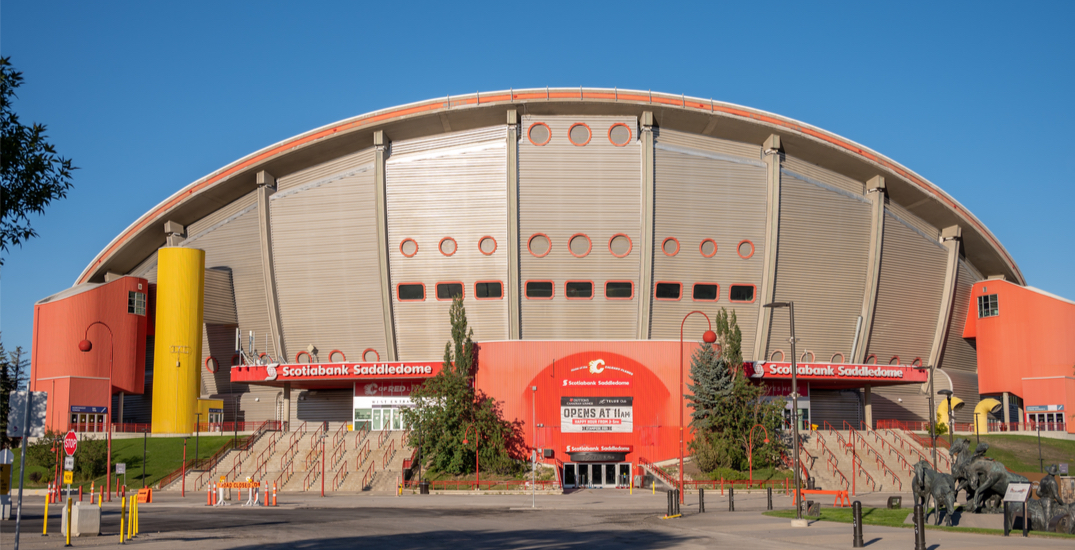 After making the Red Lot a ticketed event due to its popularity, tickets to the viewing party for Game 1 of the Calgary Flames-Edmonton Oilers series were gone in five minutes.

The Red Lot allows fans to watch the game on a big screen in front of the Scotiabank Saddledome. The event initially only ran during home games at the Dome but was in such high demand that the Flames opened the lot for Game 6 of the first round of playoffs (which took place in Dallas).

The organization made the event ticketed for Game 7 of the Flames’ series against the Dallas Stars, and that policy remains in effect for future events.

Game 1 of the second-round series starts at 7:30 pm on Wednesday, May 18. On Wednesday, tickets to the Red Lot for Game 1 of the Flames-Oilers series were released through Ticketmaster at 9 am and were snapped up within five minutes. 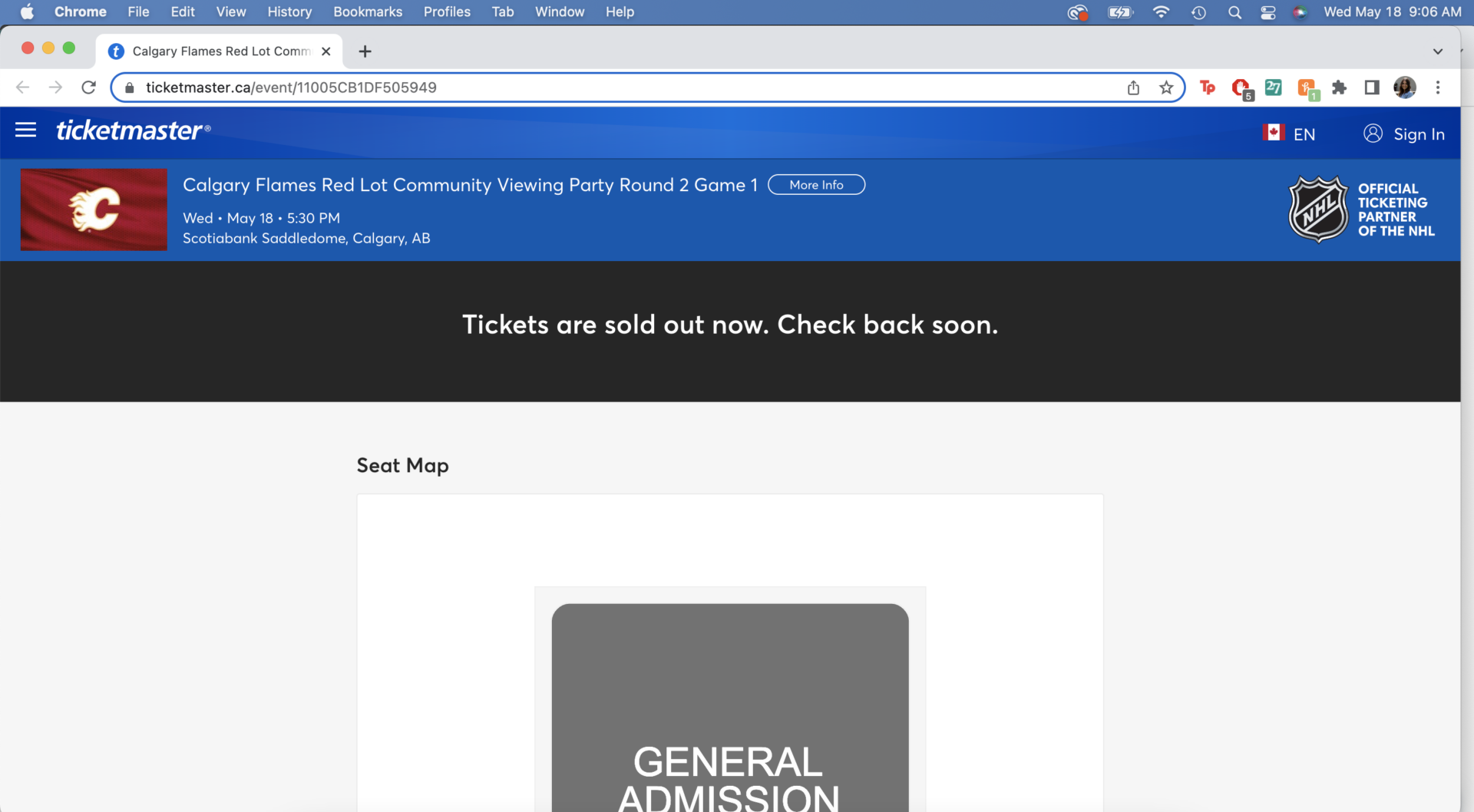 If you were hoping to attend the Red Lot tonight and weren’t one of the quick fans able to get tickets before they were gone, you’re out of luck for today’s game.

“Those without tickets will not be permitted entrance to Red Lot under any circumstances,” reads the Calgary Flames’ website, “and are asked not to come to the site.”

And if you have tickets to watch the game from inside the Saddledome, that doesn’t give you access to the Red Lot.

If you’re planning to try again for the next game, the good news is tickets are free, so keep an eye out for an upcoming release date. It’s important to note that tickets are limited to two per person.

Fans are asked only to get tickets that they know they will use to avoid wasted tickets amid high demand for entry. The Flames also advise arriving at the viewing party early, as space in the Red Lot is subject to availability if you arrive after puck-drop.

If you did manage to snag tickets to the Red Lot for tonight’s game, be aware that the Red Lot viewing party will now open two hours prior to the scheduled puck drop and closes at the end of the game.