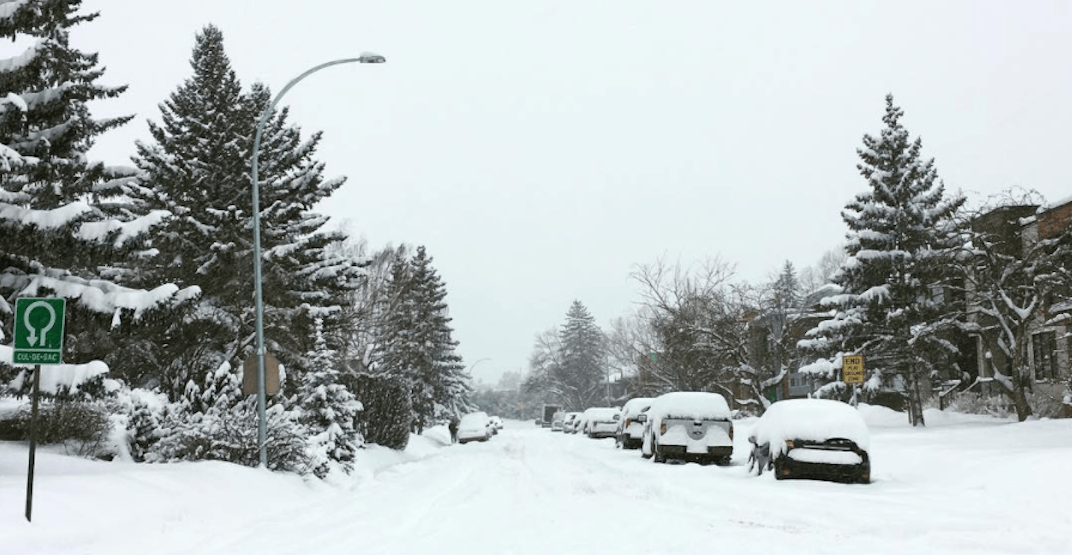 Just when we thought we were out, this Calgary winter drags us right back in.

The snow route parking ban – which last ended at 7 am on Wednesday morning – is coming back into effect this Saturday so that road crews can deal with the heavy snows Mother Nature saw fit to dump on our fine city.

Which means another 72 hours of little blue and white “no parking” signs, another few thousand parking tickets being given out, and another busy couple of days for the City of Calgary’s snow plows.

According to a release from the City, a total of 2,945 tickets were given out over the two days the last ban was last in place for.

Hopefully Calgary drivers will be little more aware of their parking spots’ legality this time around, but we’re sure a few will undoubtably get dinged before the snows have all been cleared.

The new parking ban will start at 10 am on Saturday, February 10, and can be expected to continue for 72 hours afterwards, or until it is lifted by the city.

Keep in mind that ParkPlus spots are free game to park at between 6 am and 9 pm, but you may find a ticket on your windshield anytime after that.

Parking is not allowed at any hour along Priority 2 routes during a snow event, and the city offers an online search system to find out if you’ve parked in a banned area.

Best of luck out there, Calgarians, and be wary of those little blue signs.