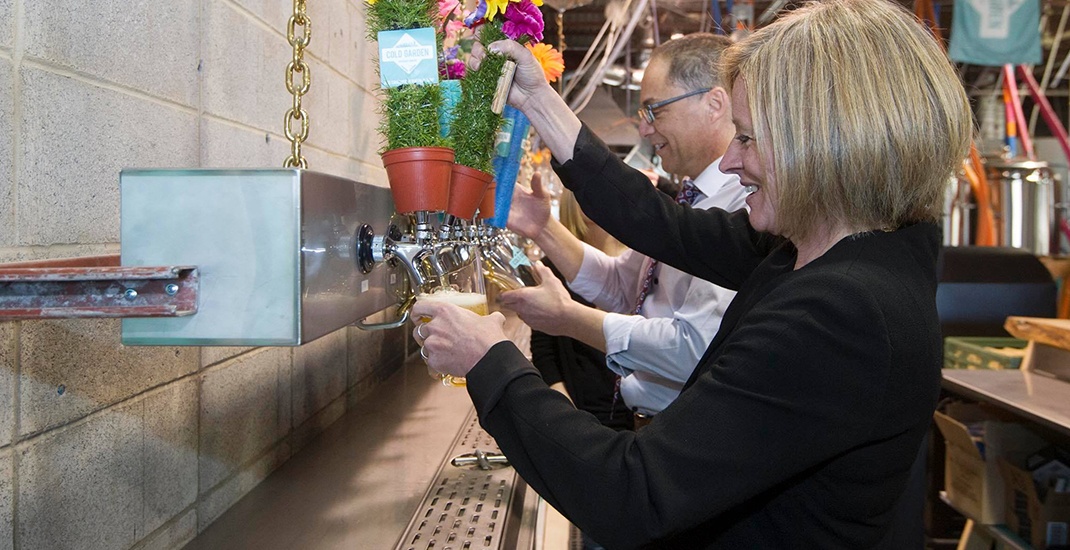 The war over pipelines and wine continues, as Rachel Notley answered questions on CBC’s Power and Politics on Wednesday regarding the feud between BC and Alberta.

Notley defended the boycott on BC wine that was put in place earlier this week, in retaliation to BC’s restrictions on transported bitumen in the province – a move that would stall the expansion of the Kinder Morgan trans mountain pipeline.

In the interview with Terry Milewski, Notley called BC’s action unconstitutional, stating that, as the pipeline is a federally-approved project, any laws passed by BC to limit what goes into the pipeline would fail when brought to court.

“[The BC government is] creating – probably intentionally – significant instability around a project that is very, very important to jobs and the economy across this country,” Notley said in the CBC interview.

She also explained that waiting for the dispute to be settled in courts – even though she was confident that BC would lose – was not an option, as it would take too long and cost too much money to stall the construction of the pipeline.

“[If] we have to run off to court over, and over, an over again to remind [the BC government] that what they’re doing is outside the rule of law, then it creates uncertainty and it creates delay,” she said.

“It amounts to a form of government harassment of a project in order to effectively undermine the authority of the federal government.”

Notley stated that Alberta’s boycott on the BC Wine industry was a necessary action, as waiting for a resolution through the courts would put the project, the economy, and jobs, in jeopardy.

She said that the BC wine industry was boycotted because it has influence over the government of BC, and because action needed to be taken on the part of the Alberta government.

“The fact that we are going to take action is a message that needs to be delivered to the government of BC,” she said.

At the same time that Notley was being interviewed by CBC, BC Premier John Horgan was speaking at a press conference about the inter-provincial dispute. He stated that BC would not be influenced by Alberta’s boycott, nor would the BC government retaliate.

Boycotting BC wine may not be the only action taken by Alberta to pressure BC to stand down, as Notley said during the interview that there are other moves in the works.