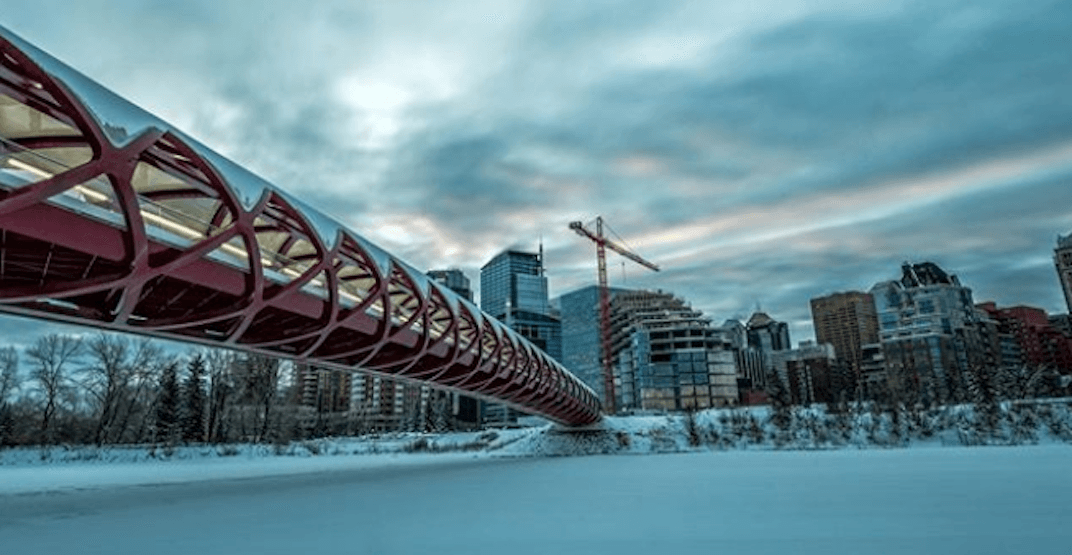 The winter storm watch issued by Environment Canada on Wednesday has evolved into a full-blown warning.

A total of 20 cm has already fallen on the city over the past 24 hours, and more is expected to arrive throughout the day.

Up to 35 cm may be seen in Calgary when all is said and done, and Environment Canada is urging Albertans to postpone any non-essential travel until the snows taper off later Thursday evening.

The sentiment was echoed in a release from the City of Calgary, which stated that road crews are working on Priority 1 roads, and that the best option is to stay home and off the roads if possible.

Those taking city transit can expect major delays, as Blue Line CTrains had been experiencing power outages earlier this morning due to the heavy snowfall.

Environment Canada stated that up to 50 cm of snow could be seen in the higher terrain areas of Alberta, including the foothills of the Rocky Mountains. Good news for skiers and snowboarders – bad news for drivers.

Friday, Saturday, and Sunday are all expected to feature some sunshine and a high of -1°C… It may not be enough to thaw out the newly fallen snow, but we’ll take it.