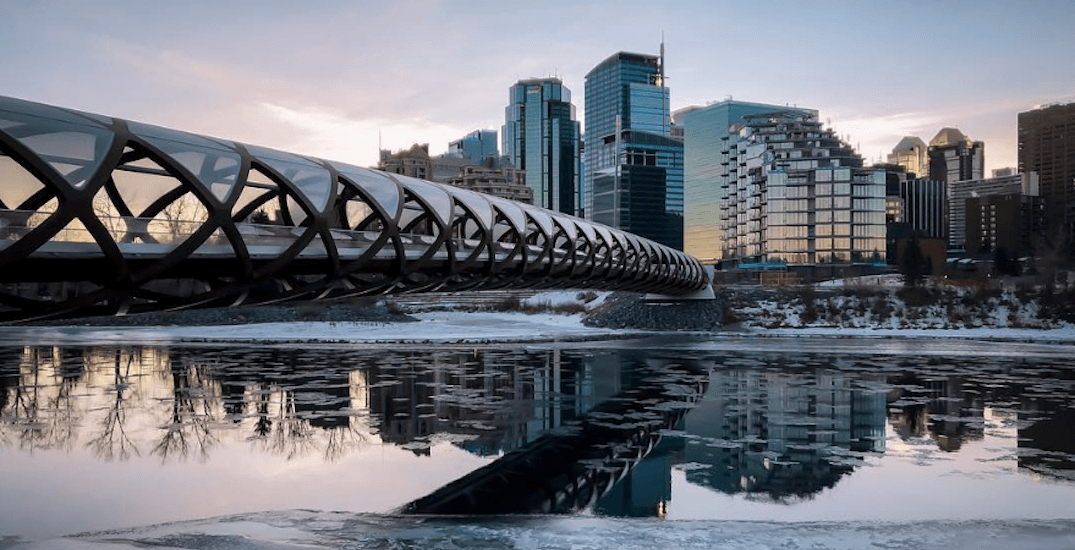 Thursday, September 26 update: The Weather Network’s most recent forecast is actually showing twice the amount of snow as was expected on Wednesday (when the below article was written). Head here for the more up-to-date forecast.

Summer may still be lingering in our memories, but the sad reality is that as soon as the sunny season ends, the snows begin.

The first weekend of fall is expected to see some snowfall, though exactly how much snow will fall on YYC is still up in the air.

The Weather Network seems to have some idea, at least, and the forecast is actually a little less frightening than some Calgarians may think.

The first flakes of fall are expected to come down on Friday (though they’ll be mixed with some rain) with around 1 mm of rain falling alongside around 1 cm of snow.

Not the most pleasant weather to be caught outside in, but not the worst we’ve ever seen, either.

The light dusting is expected to continue into Saturday, which will see a high of 0°C and a low of -5°C.

The snowfall won’t be quite as cruel as the cold, however, with another 1 cm in the forecast and a possibility of precipitation at just 40%.

The real snowy day of the weekend will come on Sunday, which will see temperatures ranging from -5°C to -1°C, a 60% of precipitation, and around 1 to 3 cm of snow over the course of 24 hours.

If our math is correct, that leaves us with around 3 to 5 cm of snowfall coming down between Friday and Sunday… so while the roads might get a little slippery, we wouldn’t worry too much about dragging your snowshoes out of the basement (yet).

…Though, this being Calgary, where the weather can be a truly fickle beast, there’s never really any knowing about what the weather will be like until you actually see it happening.