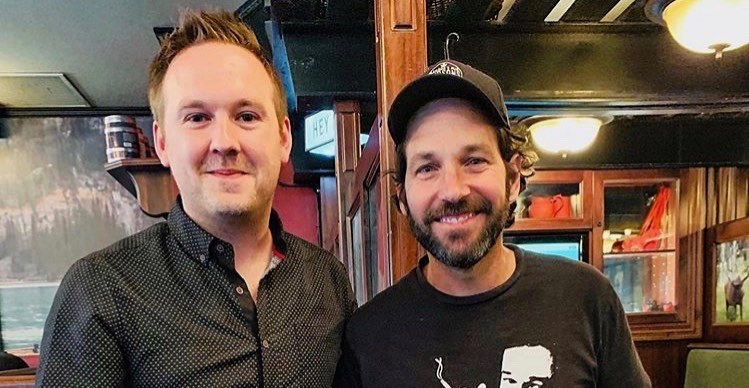 The Ant-Man star is in town to film the upcoming Ghostbusters movie, set to come out in 2020.

Rudd has been spotted a few times in the downtown Calgary location of Hudsons Pub, which operates several outposts across Alberta and Saskatchewan.

The restaurant posted a photo captioned “Just some casual Sunday Night Football with our boy!! #paulrudd — we love you!!! #myhudsons” on September 22.

Earlier this month, it seems Rudd was in the same spot taking photos with fans on September 8.

If you’re a fan of the Clueless actor then Hudson’s seems to be his establishment of choice, be sure to keep an eye out for the star if you’re in the area!