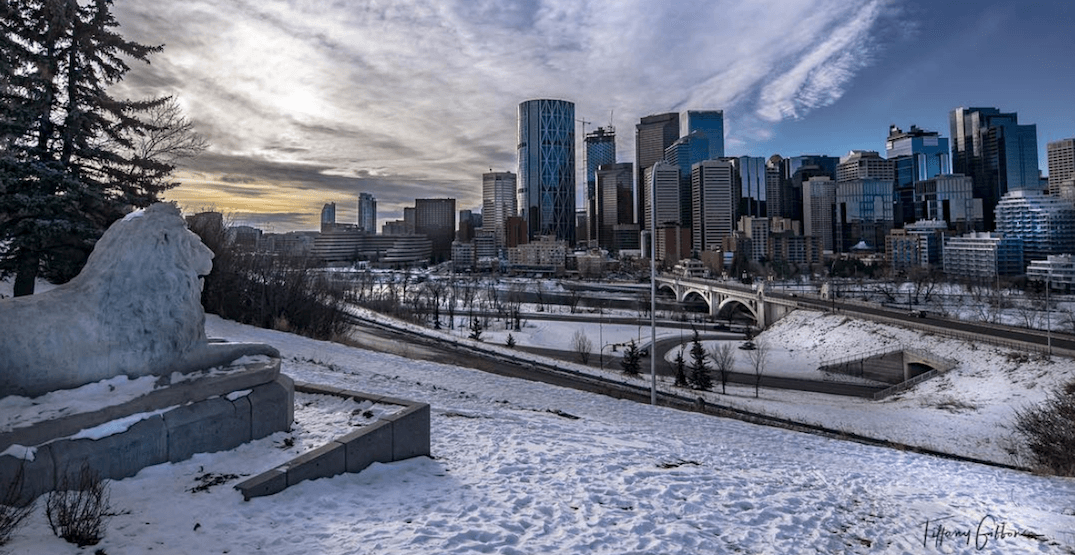 Remember when we said that the weather in Calgary can be something of a fickle beast?

Well, the recent forecasts for snowfall in YYC make for the perfect examples of that observation.

Just yesterday we reported the expected weekend snowfall for the city of Calgary, citing the good people over at The Weather Network who have the unenviable job of trying to pin down just what the ever-changing Alberta weather is planning.

On Wednesday, it looked like the city would be seeing just 3 to 5 cm of snow between Friday and Sunday — now it looks like those numbers have doubled.

According to The Weather Network’s most recent forecast, it appears that Calgary will actually be seeing upwards of 12 cm of snowfall by the time all is said and done.

That snow will hit Calgary in a consistent covering, starting with less than 1 cm on Friday, then ramping up to around 5 cm on both Saturday and Sunday. 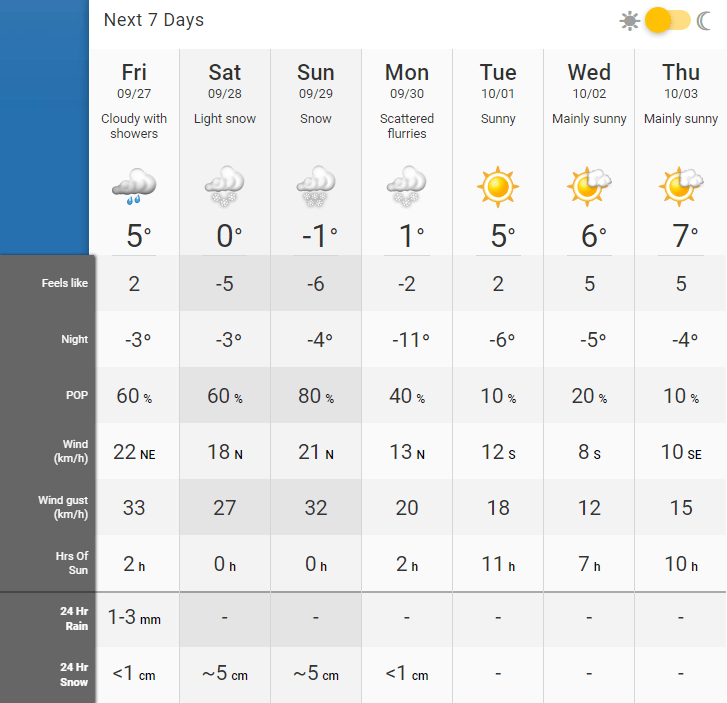 Monday finishes things off with a light dusting of less than 1 cm, and with a high of only 1°C, we doubt that the weekend’s white stuff will be melted away by Monday night.

Of course, this wouldn’t be a weather report for Calgary without the disclaimer that the skies around these parts can change on a dime, and the forecast is far from solidified.

We’ll be sure to keep our eye on what’s coming and keep you updated as we head into the start of what may very well be an eight-month-long winter.