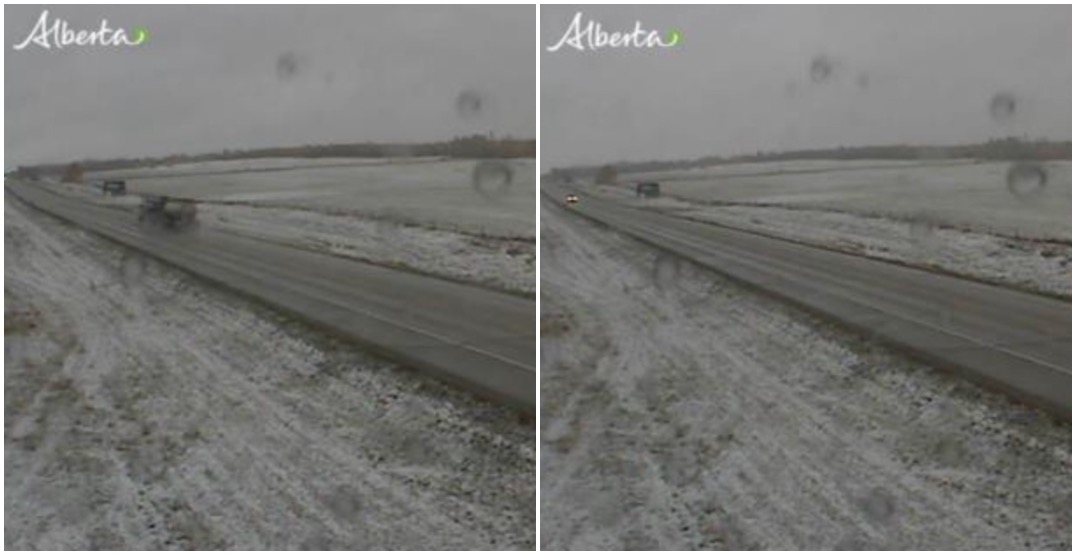 Albertans know the weather can get dicey as we slide into October, and one part of the province has already skipped autumn with snow falling in the area.

The white stuff could be seen on the AMA Road Report camera of Highway 43 east of the Alberta/British Columbia border near the hamlet of Demmit in northern Alberta.

The snow should be no surprise for those living in the area, with the forecast for nearby Grande Prairie calling for periods of light rain today but the chance of periods of wet snow this evening near the B.C. border, with snowfall amounts near two centimetres accumulating in the area according to Environment Canada.

There is also a chance of wet snow tonight in other parts of the province, including Hinton, High Level, Peace River and higher elevations of Jasper.