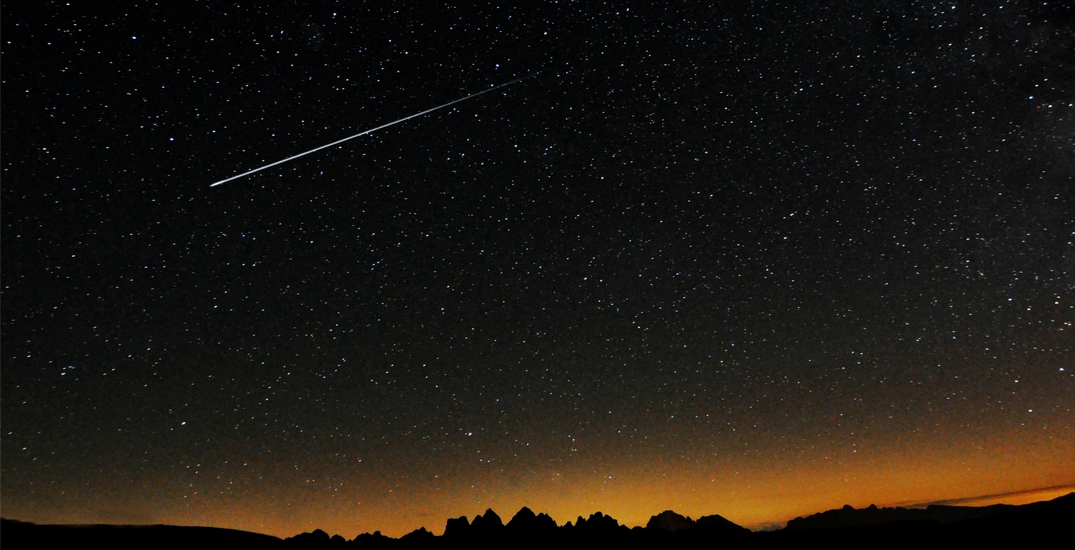 A suspected meteor lit up the sky in parts of Alberta Sunday evening, and one Calgarian caught the fireball on camera.

According to the fireball reports page on the International Meteor Organization’s website, nearly a dozen reports were filed in Alberta by people who may have witnessed the event.

Reports have been filed by people living in Calgary, Edmonton, Canmore and even parts of British Columbia.

“It appeared quite close, and it was to the northwest of me. It went very quickly,” one witness in Calgary reported, while another in Nelson, British Columbia, reported that they “saw it right above Elephant mountain, which is about 1130 meters elevation. It disappeared behind the mountain around 10:30 pm.”