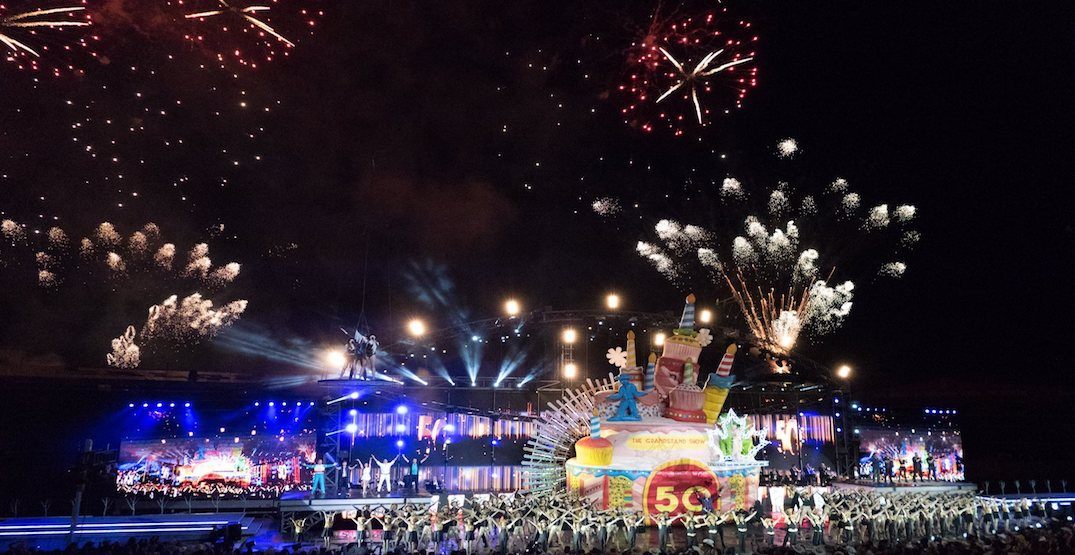 There’s just something magical about the Calgary Stampede Grandstand Show.

From musical numbers to ice skaters to literal magicians, the Grandstand Show has always made for the ideal climax to any day at the Greatest Outdoor Show on Earth, and we’re sure that this year will not be an exception.

A release from the Calgary Stampede revealed that the show’s new title partner will be Bell Canada and that there will be a sneak-peek of what’s in store for Stampede-goers this Wednesday on Stephen Avenue.

According to the release, “The Calgary Stampede will bring Stephen Avenue to life with performers and special guests featured in this year’s show.”

“Be the first to see, hear, smell and experience a piece of this year’s Bell Grandstand Show. This event is sure to kick off Calgary’s Stampede spirit.”

The performances will start at noon and will be located on the 200 block of Stephen Avenue SW (that’s right in front of The Guild).

The event will be free for all to attend, so we’d suggest getting there at least a little early so that you get a good view!

Where: 200 Block Stephen Ave SW (in front of The Guild)