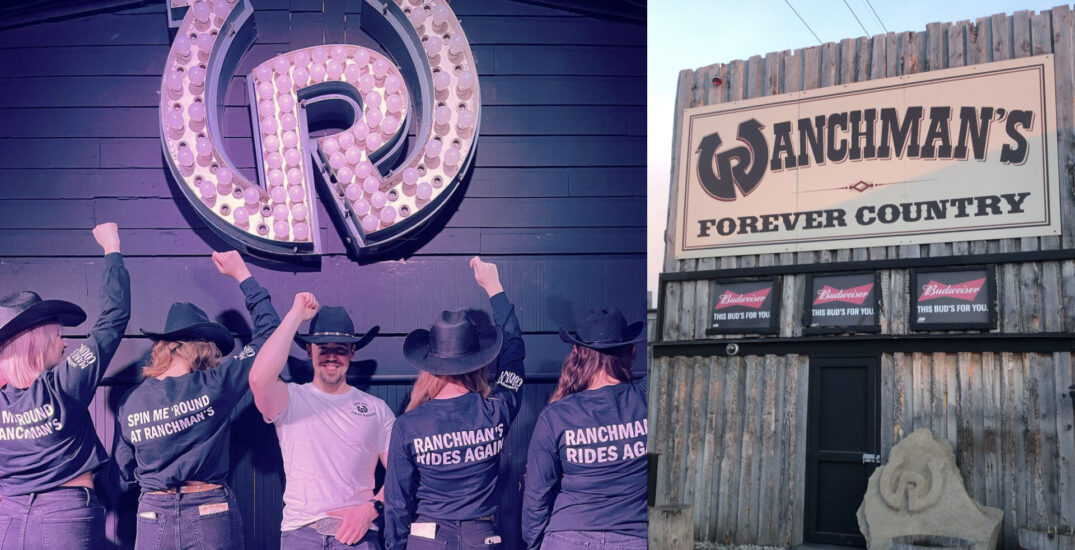 Love it or hate it, Ranchman’s Cookhouse and Dancehall is a Calgary staple and, after reopening at the end of April, locals had plenty of thoughts.

The iconic Macleod Trail honky-tonk shut down on March 17, 2020, along with the city’s other bars, restaurants, and nightclubs at the onset of the COVID-19 pandemic in Canada.

In September 2020, the previous landlord was forced to close its doors for good when the tenant filed for bankruptcy, at which point a “for lease” sign popped up on the side of the venue, breaking the hearts of many Calgarians.

Lucky for us, the property found a new landlord in Spring 2021. At that time, the leasing agent, realtor Rob Campbell, told Daily Hive in a phone interview that the plan was to secure new tenants for the building who will “hopefully continue to run [the venue] the way that it is.”

When Ranchman’s revealed that it was reopening this spring under new ownership, we weren’t quite sure what to expect. Plus, the bar announced the news on April Fool’s Day, leading many to believe that it was just a cruel joke (it wasn’t).

Now, the country bar has officially reopened its doors, kicking things off with back-to-back sold-out concerts on the weekend of April 29 and 30.

The reopening of Ranchman’s has been met with mixed reactions from the people of Calgary, ranging from ecstatic to indifference to hatred.

“That is great to hear,” “Some good memories here!” and “Was [an] unforgettable weekend!!! Piece of history re-opened!!!

“Awwwww yay!!! I’m glad someone picked up the lease so it doesn’t die!!!” wrote Mairi Fraser on Facebook. “Didn’t know it was closed but [happy] it’s open again!” @hsharpe48 chimed in on Instagram.

Many reminisced about their time at Ranchman’s prior to its closure. “Wow I spent a few nights there in the late seventies 😁” said @beth.sheffield.71 on Instagram.

Former staff joined the conversation too. “Used to work there running the mechanical bull for a few years in my early twenties. Good times,” said MilhouseLongPants on Reddit.

Celebrating the Calgary Stampede and birthday parties at Ranchman’s was at the top of peoples’ minds, with one Facebook user commenting, “Stampede shenanigans coming soon

It wasn’t all positive though. “Happy I’ve never been,” said @brettlofvendahl on Instagram. 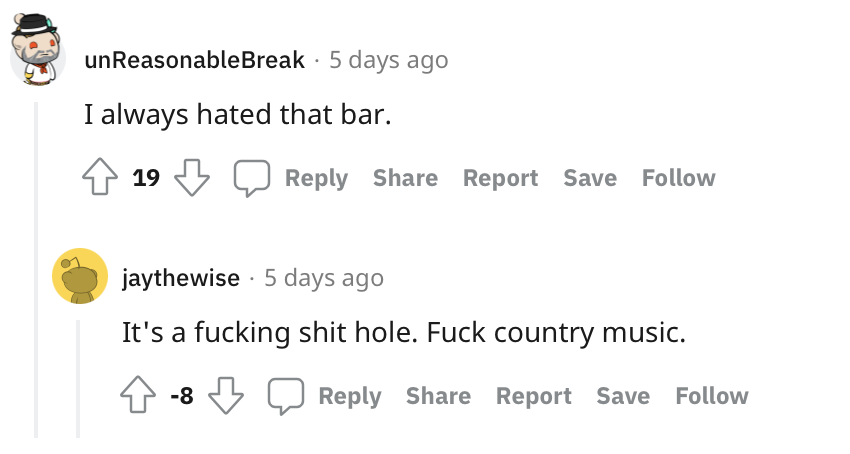 Some had suggestions for a relocation of the venue (“It should be taken down very carefully and be carefully put back together on the Stampede grounds”), while others offered comments on the building itself. “The black plywood wall around the outdoor patio makes it look so ghetto,” wrote Brett Hubs on Facebook.

A few people had serious questions.

One thing’s for sure, if a venue is met with this many opinions, whether they’re positive or negative, you know it’s worth checking out.

Have you been to the newly reopened Ranchman’s yet?