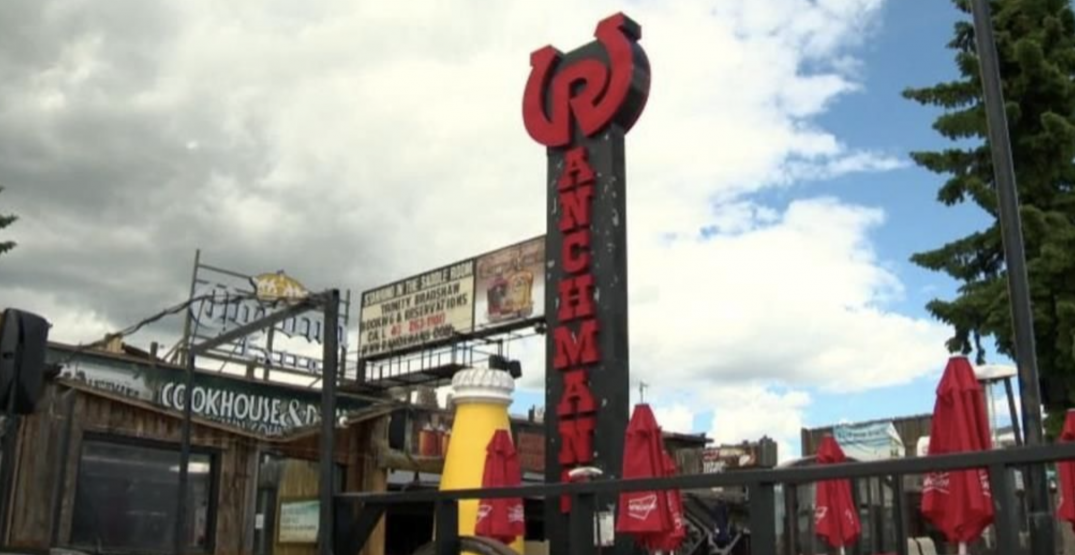 The new owners of Calgary’s favourite cowboy bar hope to keep Ranchman’s Cookhouse and Dancehall “as is.”

The iconic venue shut down on March 17, 2020, along with the city’s other bars, restaurants, and nightclubs at the onset of the COVID-19 pandemic in Canada. Since Ranchman’s classified as a nightclub, it was unable to reopen throughout the course of the pandemic.

In September, the previous landlord was forced to lock the doors for good when the tenant filed for bankruptcy, at which point a “for lease” sign popped up on the side of the Macleod Trail honky-tonk, breaking the hearts of many Calgarians.

Good news for YYC’s cowboys and cowgirls – the beloved property has found a new landlord.

The property’s leasing agent, realtor Rob Campbell, didn’t give away any details as to who the new owner is, but he told Daily Hive in a phone interview that it’s a well-known landlord in the city. He added that their plan is to secure new tenants for the building who will “hopefully continue to run [the venue] the way that it is.”

“It doesn’t necessarily have to be ‘Ranchman’s,'” Campbell says, “but it would be horrible to not have it be a country bar. It would be a bummer.”

Whether or not the venue will reopen under the same name remains unknown. “There are some things that happened with the bankruptcy of the previous tenants that will need to be rectified,” Campbell says. According to the realtor, owners are in the process of working through these issues, and they’re not sure whether they’ll be able to secure the Ranchman’s name.

“The name is obviously synonymous with Calgary and the Stampede,” Campbell says, “but you could change it to something else and it will still be Ranchman’s. It will always be Ranchman’s.”

With the sale of the property coming just a week after Premier Jason Kenney confirmed that the 2021 Calgary Stampede would be a go, it almost feels like a sign from the cowboy gods.

However, it’s unlikely that the infamous venue will be open in time for this year’s Stampede. According to Campbell, there are lots of operators in town who would have the skillset to pull something like that off, but the biggest issue they’d face would be trying to get enough staff and training them in time for the big event in July.

“You don’t want to open up something like that and let people down,” adds Campbell.

The realtor thinks that the smart move is for a new tenant to do a little bit of a renovation to freshen the space up, and open up slowly. “Get the summer business, get the patio going,” he says.

“As we start to move back to some semblance of normal, there’s a real demand. People want to go out, they’re tired of sitting at home.”

What can we expect if the venue reopens as is? “If you walked back into Ranchman’s today, and the new tenant were to put tables and chairs in, it would look pretty much the same,” says Campbell.

He explains that 50 years of photographs are still on the walls, and, while rodeo artifacts, such as saddles and trophies, have been returned to their original owners, the option remains to have a lot of them returned. Campbell noted that many of the cowboys and cowgirls have said they’ll bring the items back – they just didn’t want the bank to sell their treasures.

Campbell says that there have been a lot of inquiries and showings with potential tenants since the property has been back on the market.

Here’s hoping the venue is resurrected soon so that we can get back to the two-steppin’, line dancing, “Buckets of Fun” drinking, mechanical bull riding experience we’ve missed.