When iconic Calgary honky-tonk Ranchman’s revealed that it was reopening under new ownership, I wasn’t quite sure what to expect.

First of all, Ranchman’s announced the news on April Fool’s Day, leading many to believe that it was just a cruel joke (luckily, it wasn’t).

Plus, despite hearing that the new owners planned to keep the venue much the same as it used to be, I couldn’t help but wonder if my old favourite dancehall would be unrecognizable now.

Finally, I’m not as young as I once was, and I wasn’t sure if I’d fit in with the clientele anymore. 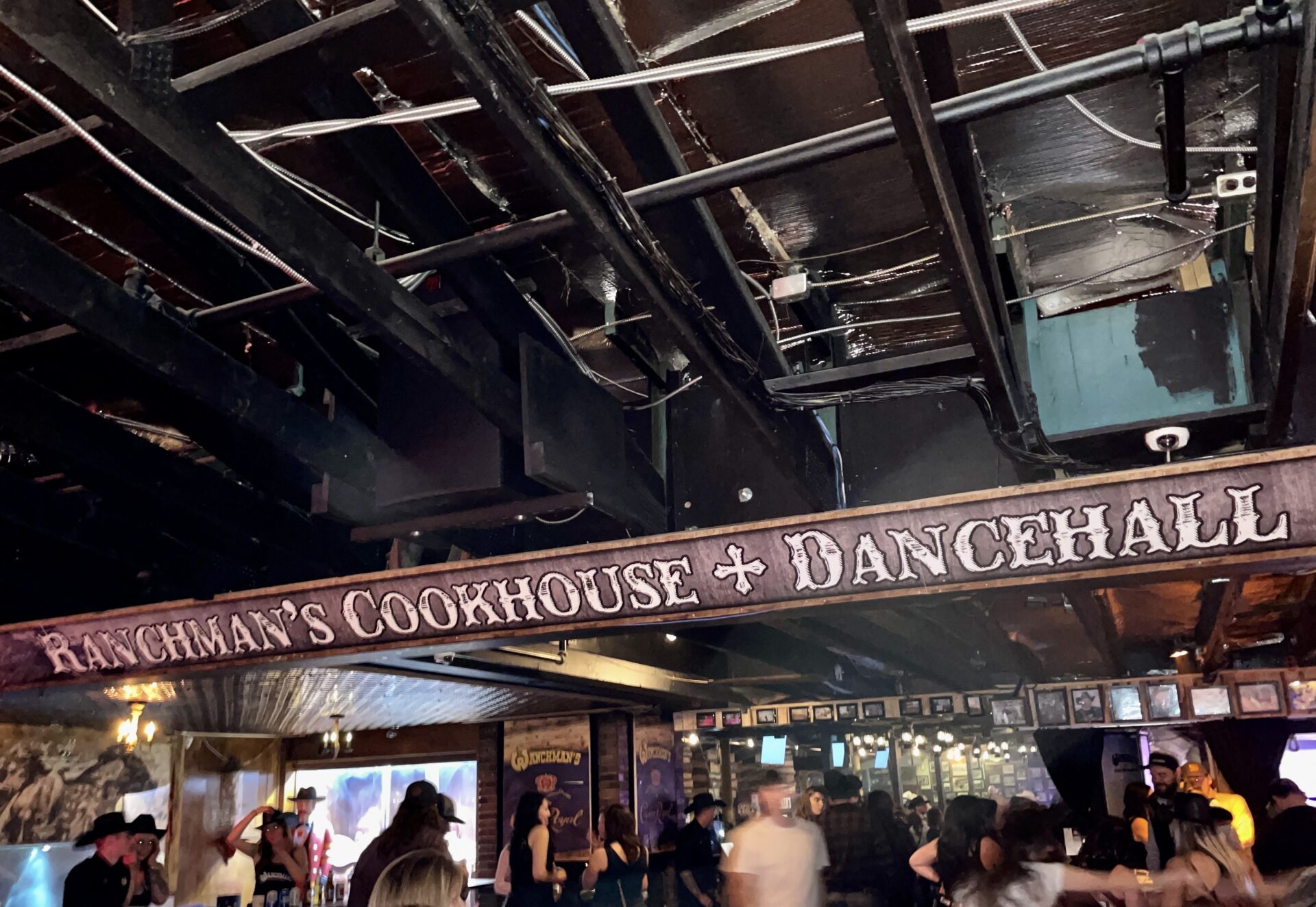 After attending Ranchman’s grand re-opening this past weekend, I can tell you one thing: I didn’t need to worry.

The popular venue shut down on March 17, 2020, along with the city’s other bars, restaurants, and nightclubs at the onset of the COVID-19 pandemic in Canada.

In September 2020, the previous landlord was forced to lock the doors for good when the tenant filed for bankruptcy, at which point a “for lease” sign popped up on the side of the Macleod Trail honky-tonk, breaking the hearts of many Calgarians.

Lucky for us, the property found a new landlord in spring 2021. At that time, the leasing agent, realtor Rob Campbell, told Daily Hive in a phone interview that their plan was to secure new tenants for the building who will “hopefully continue to run [the venue] the way that it is.” 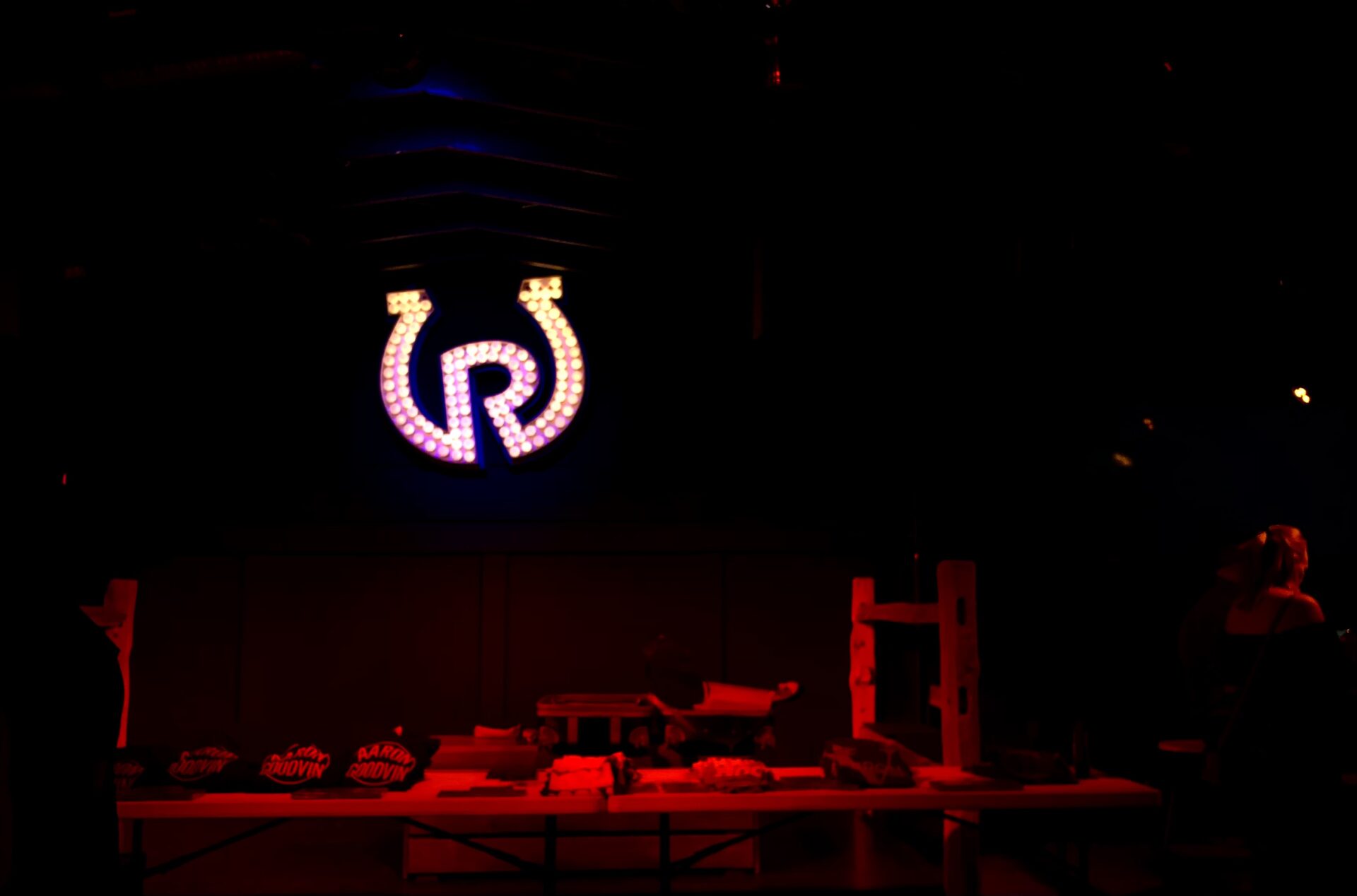 From the second I walked up to the front entrance of Ranchman’s, things looked familiar. The process to get in is exactly the same, and upon walking in the front doors, you’ll find the entry desk and coat check to your left, before heading through the foyer and into the venue.

Things felt a little fresher, a little cleaner, a little newer. But, while a few changes (and upgrades!) have been made, the layout and decor of the venue remain very much the same. 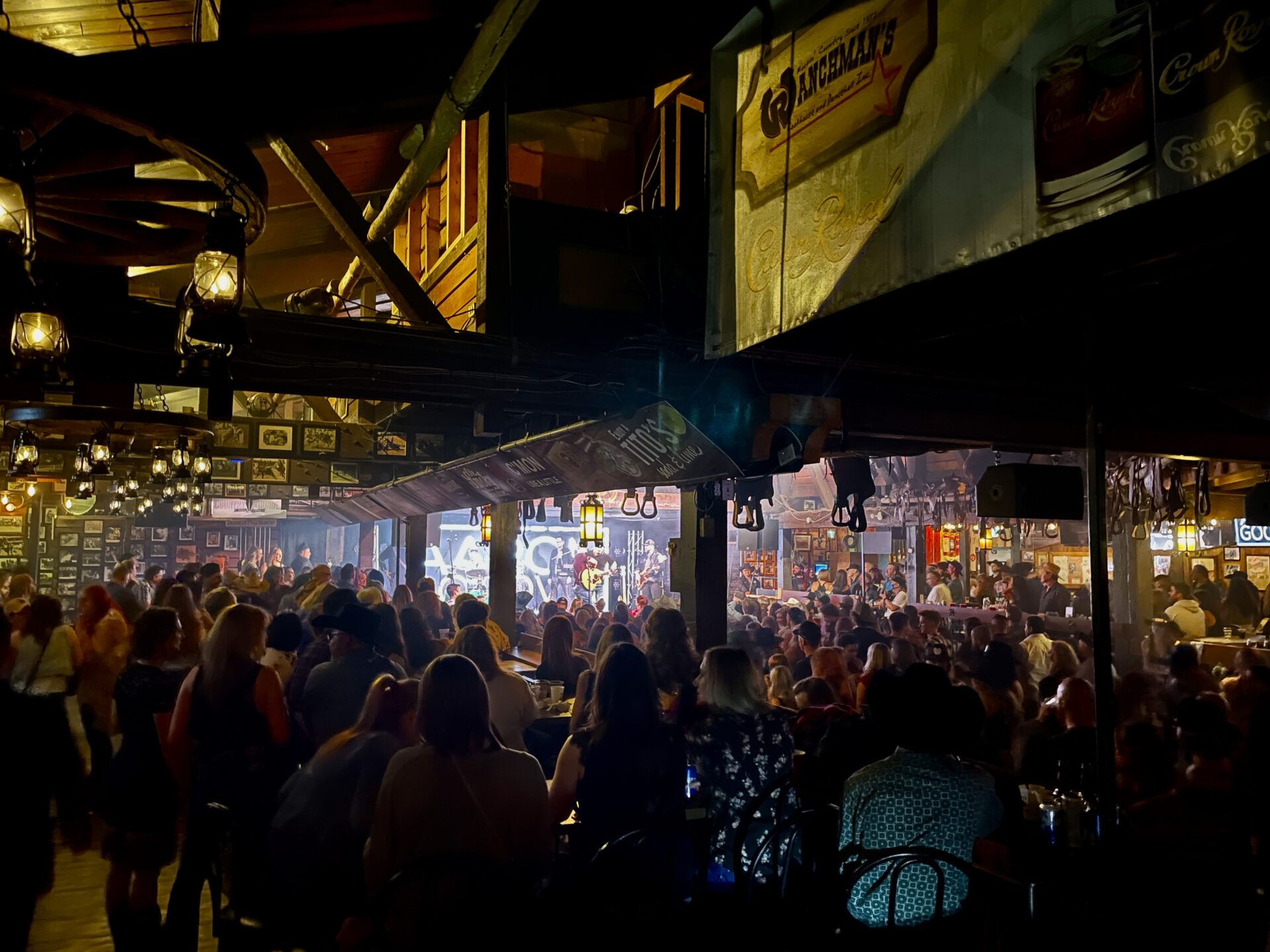 Patrons will find plenty of cowboy, rodeo, and Calgary Stampede memorabilia, lanterns, and wagon wheel chandeliers, and some of the original signage, with booths and high-top tables in the front half of the venue and the dance floor at the back.

And not to worry – the infamous “buckets of fun” are back too.

There are bars at the front, back, and on each side of Ranchman’s, and tables bordering each side of the dance floor as well.

The centre bar has been swapped out for an additional seating area, you can now purchase drinks from beer tubs located right on the dance floor, and the mechanical bull has yet to make its return. There are also several new neon signs scattered throughout the dancehall, reminiscent of the bright lights of Nashville. 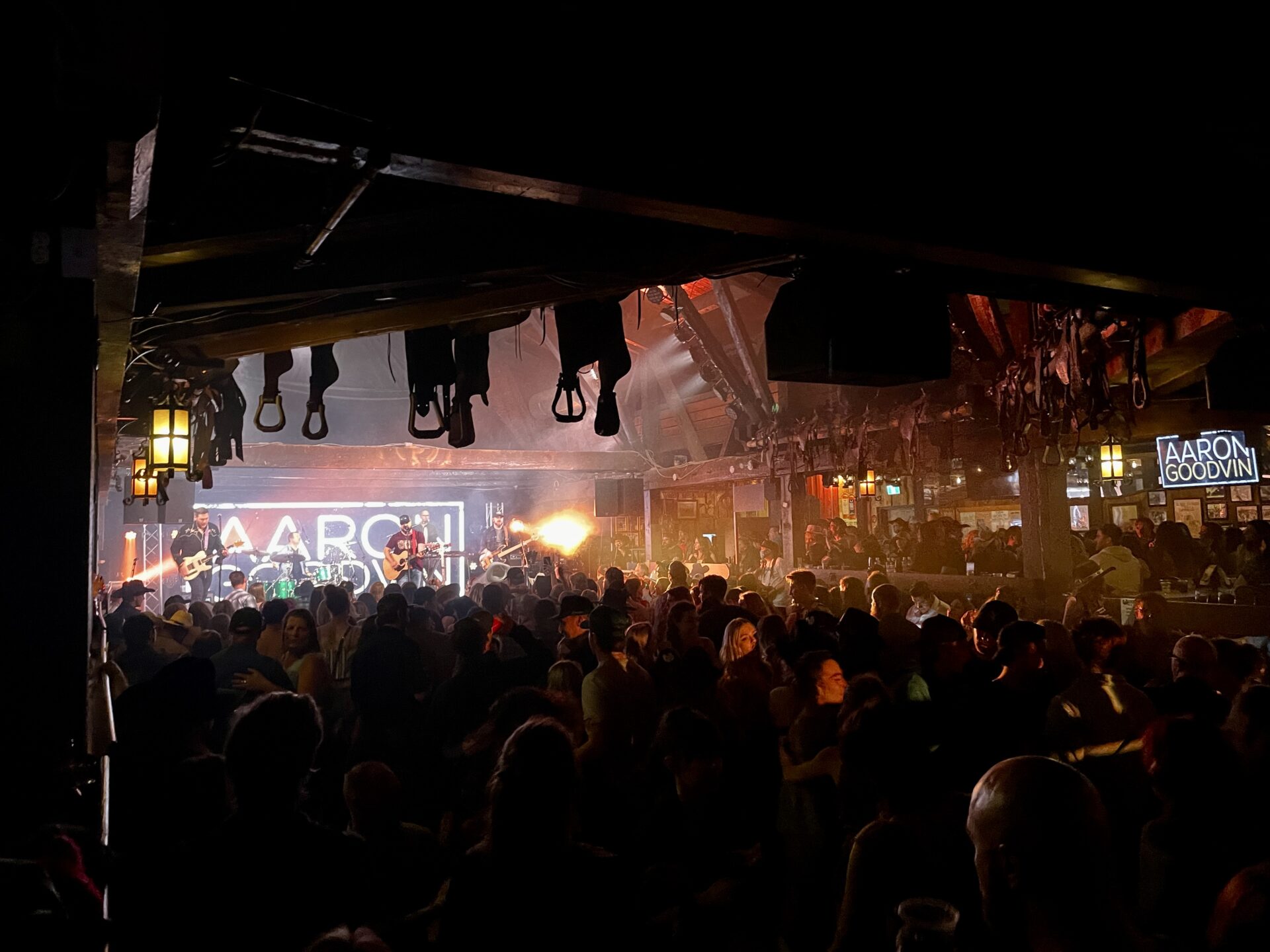 Additionally, the roof over the dance floor has been renovated to resemble a more open vaulted ceiling of a barn, complete with stunning wooden beams and Ranchman’s signature “R” branded above the stage. 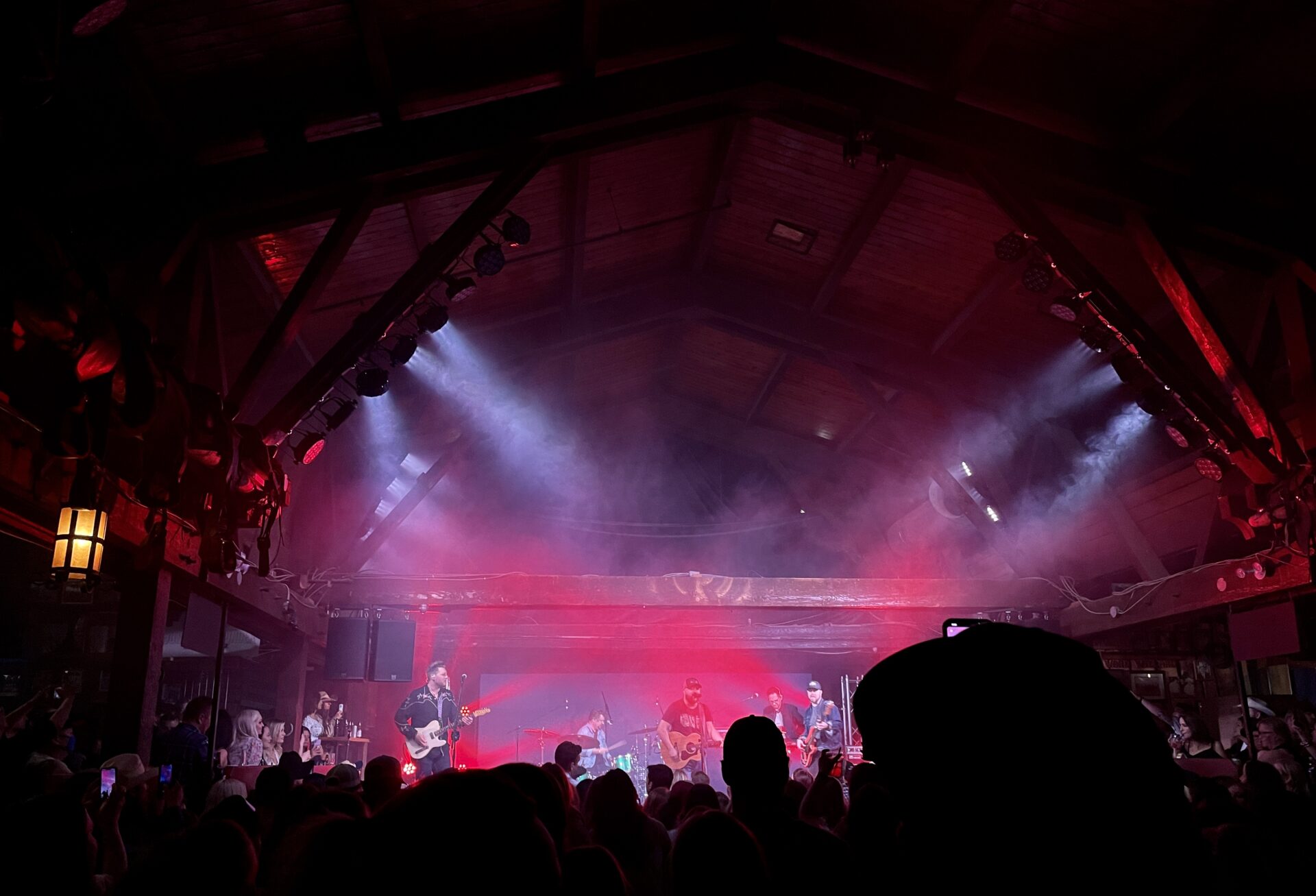 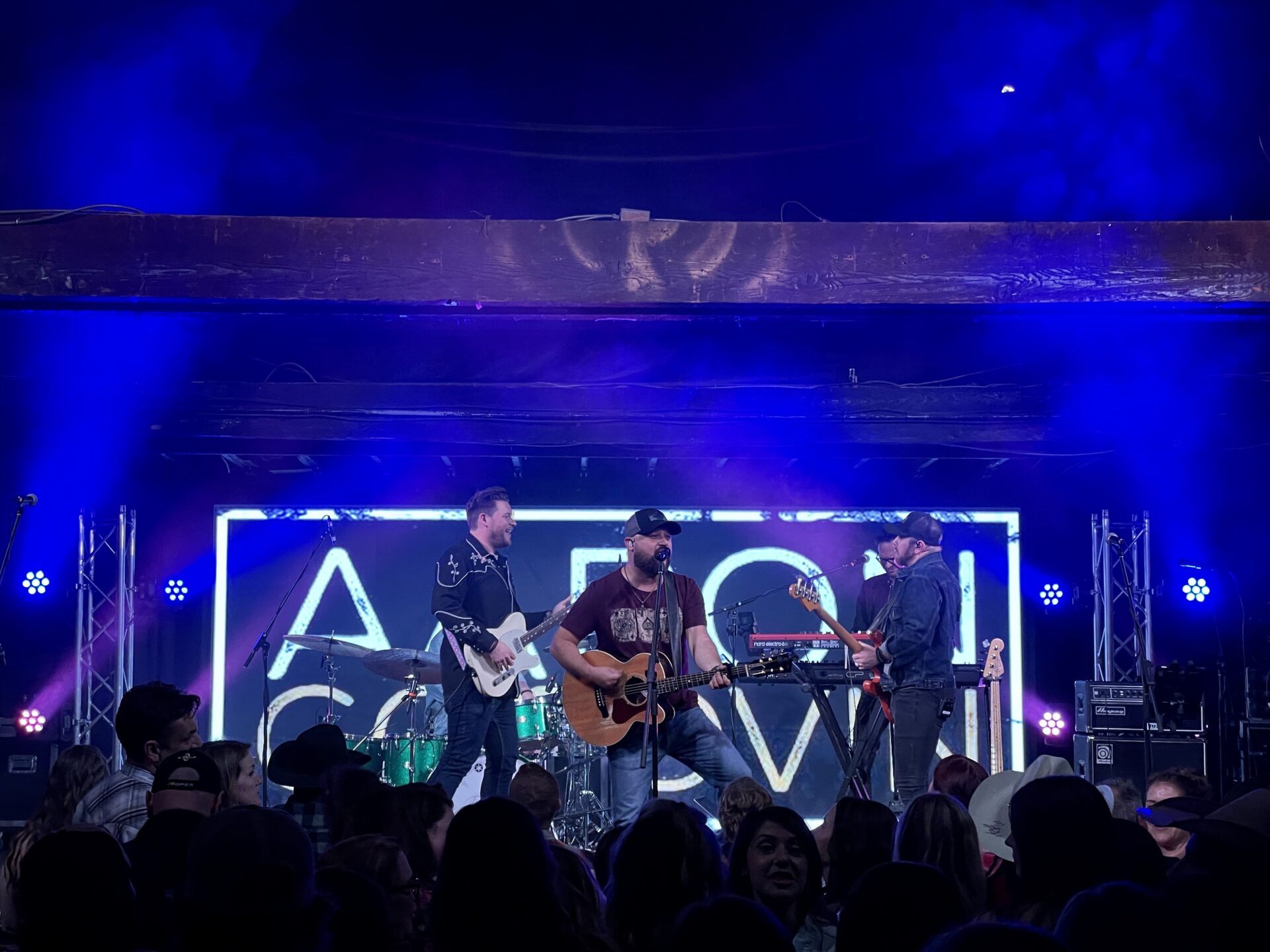 For its reopening weekend, Ranchman’s had Aaron Goodvin playing on Friday night, who I was lucky enough to see perform, followed by Gord Bamford on Saturday. Local musician Robert Gosse kicked off each evening, with bouts of DJ’d country tunes in between, to get the crowd fired up.

While there was no line dancing at promptly 11 pm (you used to be able to set your watch by it!), perhaps this was due to the special event and live show going on – we’ll have to wait and see. Plus, Robert Gosse and his band did play Cadillac Ranch at one point, which got everyone into line dancing formation.

Ranchman’s did also have its own dancers come out and perform a routine on stage in between Robert Gosse and Aaron Goodvin’s sets. 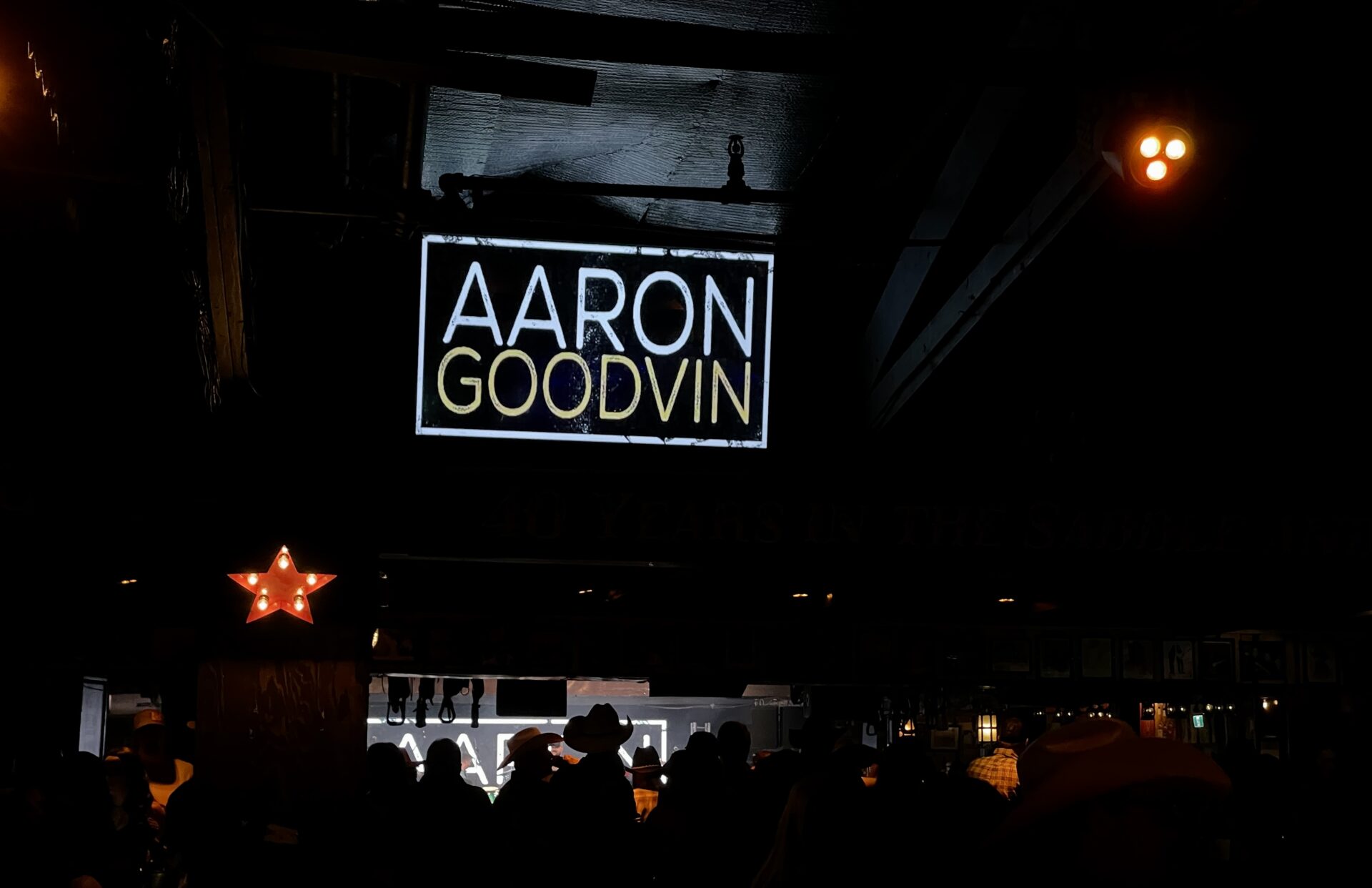 I arrived shortly before 9 pm with no line in sight; however as the night went on, Ranchman’s got packed. I’d suggest either arriving early, grabbing tickets to one of the live shows, or hopping on a guest list if you’re planning on hitting up this new-old spot soon! 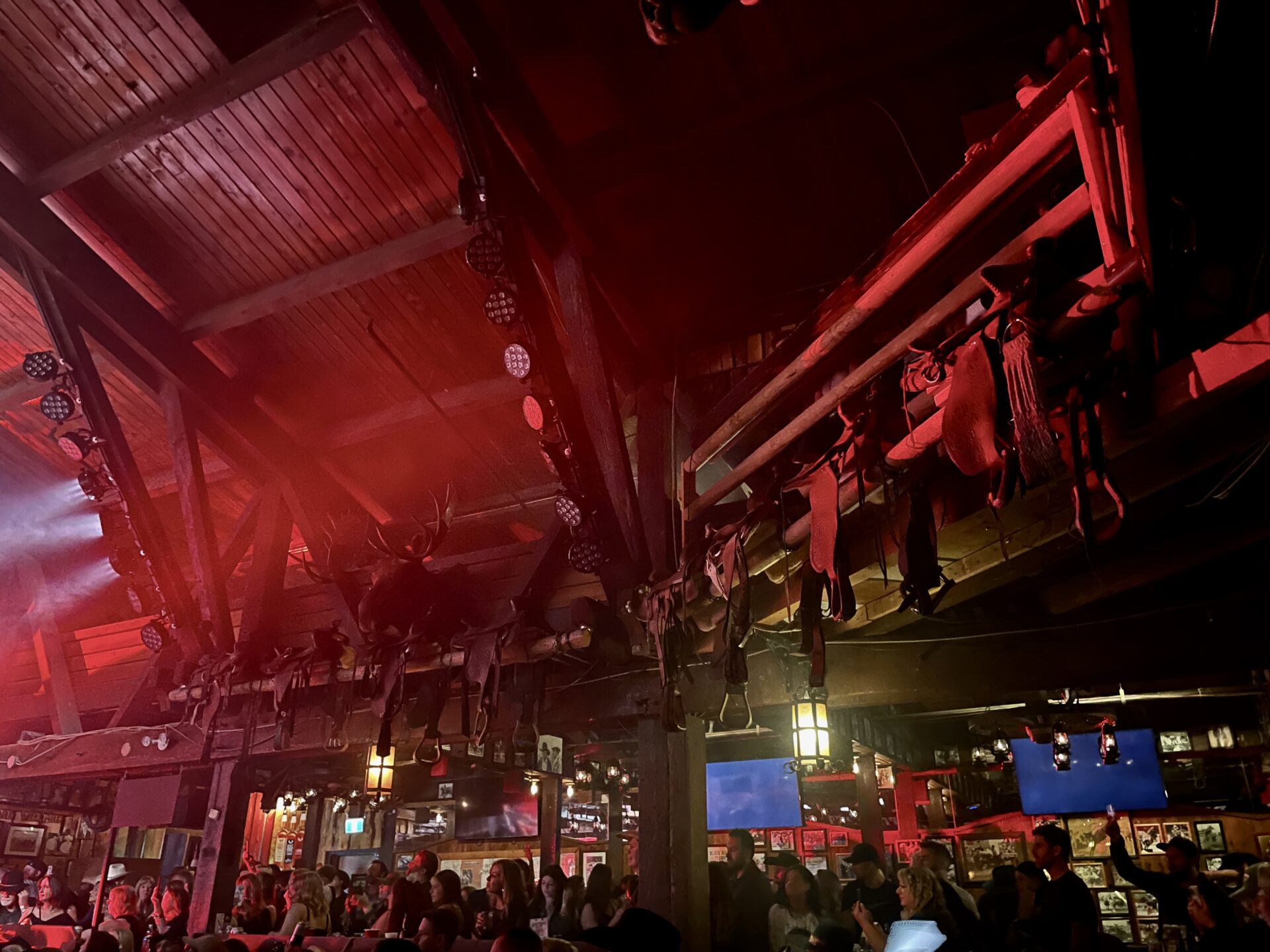 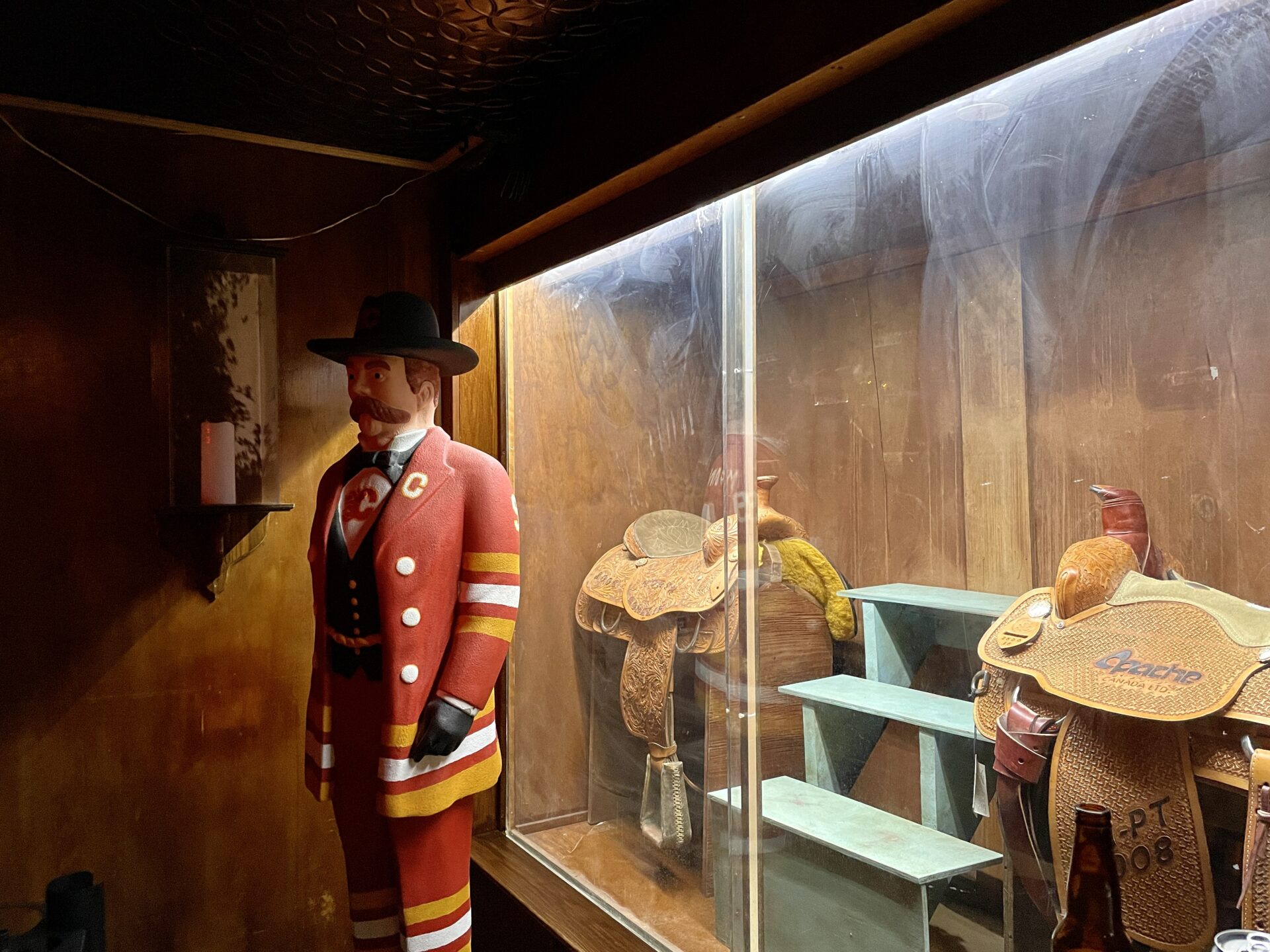 As far as my fear that I might be too old? The clientele ranged from 18-year-olds to a much older crowd – I even saw a few people I almost mistook for my grandma. I certainly didn’t need to be worried, as I fell somewhere in the middle.

For now, Ranchman’s is open on Friday and Saturday nights, with a DJ each evening. There are also a few special events coming up, including an afterparty for the Chris Stapleton concert on Thursday, May 12, and back-to-back live shows featuring Drew Gregory on May 13 and Doc Walker on May 14. 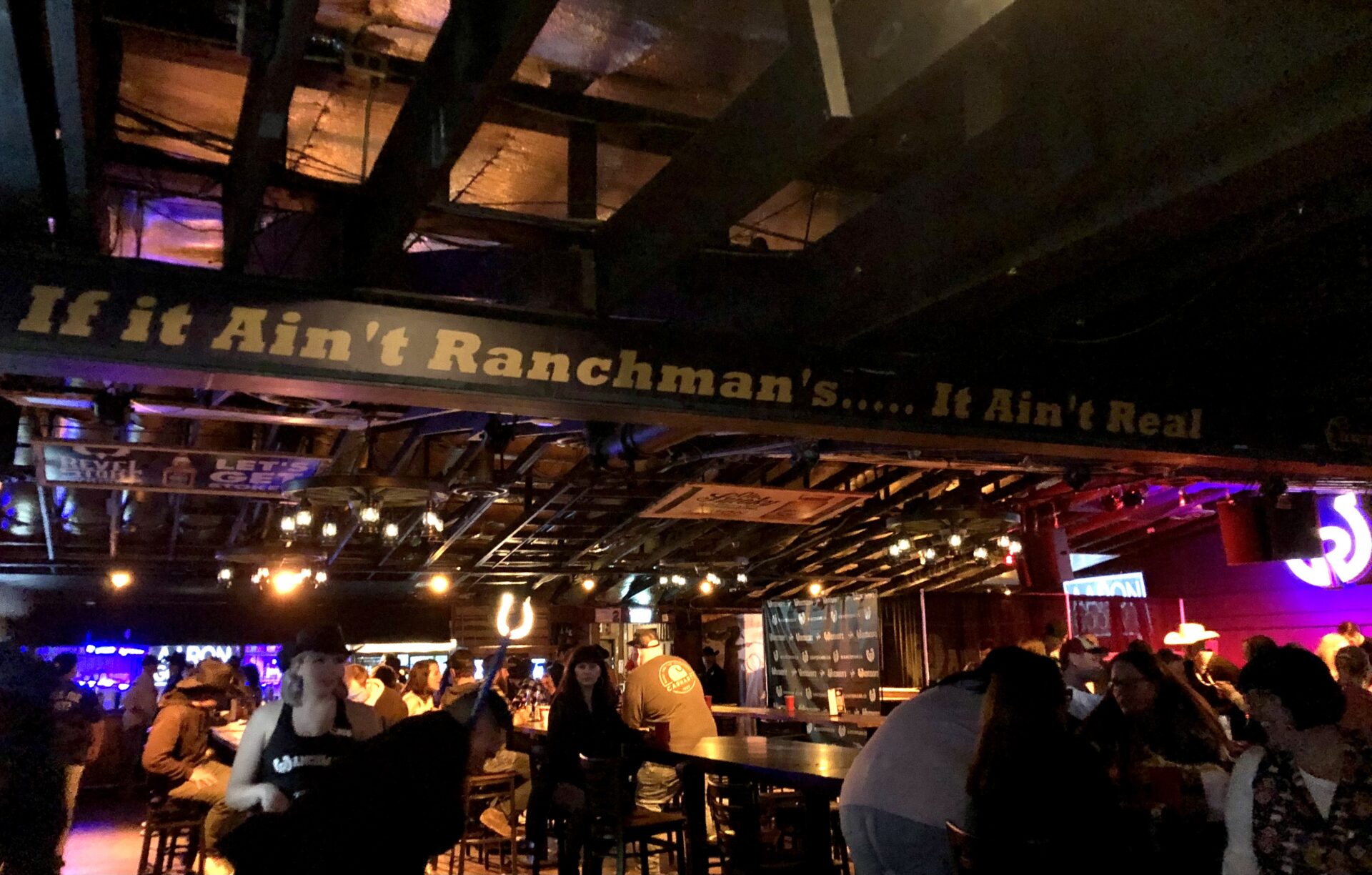 I went to the grand reopening with some trepidation, but I was not disappointed. In fact, my expectations were far exceeded.

Whether you’re a long-time Ranchman’s fan, are freshly of legal drinking age, or just want to check out a fun “new” venue, I highly recommend a visit to this beloved Calgary spot.

Dance until you can’t catch your breath, and then head outside to the “smoking area” (whether you smoke or not) to cool off in the fenced outdoor space. Then, head back inside, grab a beer or a cocktail (mine came in a plastic Tito’s Handmade Vodka cup, straight outta Texas!), take a seat and people-watch, or head back out to the dance floor and start all over again.

Personally, I’m already planning my next night out there!