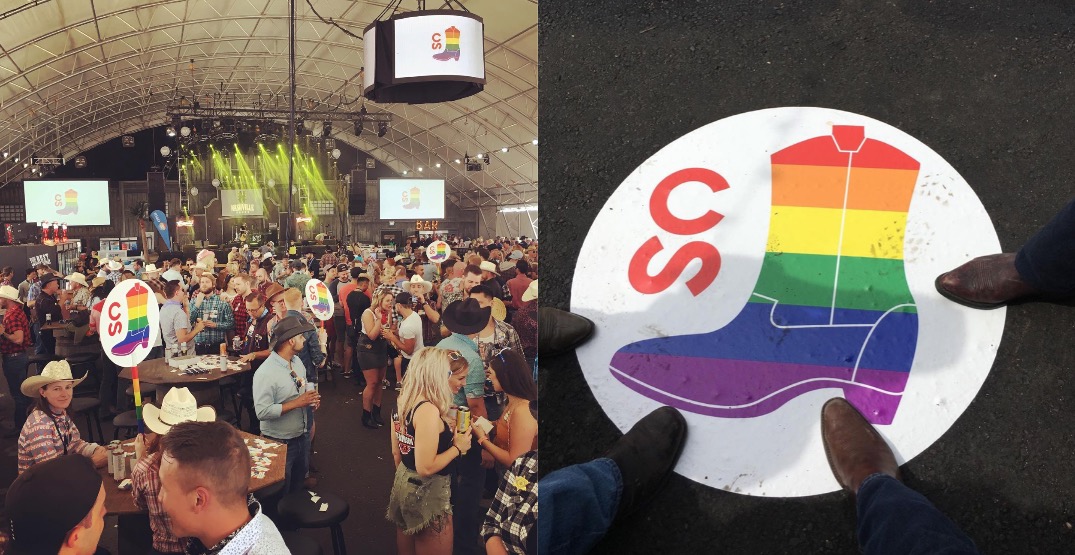 A staple of the Calgary Stampede is back this summer as Pride Day, previously known as Gay Day, returns to the grounds. Let’s go!

The Calgary Stampede Pride Day will be held on July 9 from 2 to 6 pm at the world famous Nashville North tent, complete with cheeky name tags, the CS rainbow boot stickers, and drag performances.

Bring on the line dancing with more than 2,000 people packing the tent for good tunes and, of course, good drinks.

The event started in 2013 with just 20 people and now has grown into thousands. With a jump in attendance like that, you know it’s a good event!

The event’s founder, Charles Macmichael, says he created the event after noticing that the LGBTQ+ members of the Calgary and broader western Canadian community were largely absent from the Calgary Stampede “fabric.”

“I wanted to change that, I wanted to find a way to create a more inclusive visible space for the LGBTQ+ community to feel welcomed to the Calgary Stampede,” said Macmichael.

“That’s what inspired the event and why it continues to be important today. It is not only a grassroots community event anymore, it is actively supported by Calgary Stampede staff and volunteers in recognition that it is important to visibly support LGBTQ+ inclusion at the Stampede on a go-forward basis.”

So saddle up and get to the Nashville North tent EARLY for this event. You don’t want to be caught up in a wickedly long lineup.