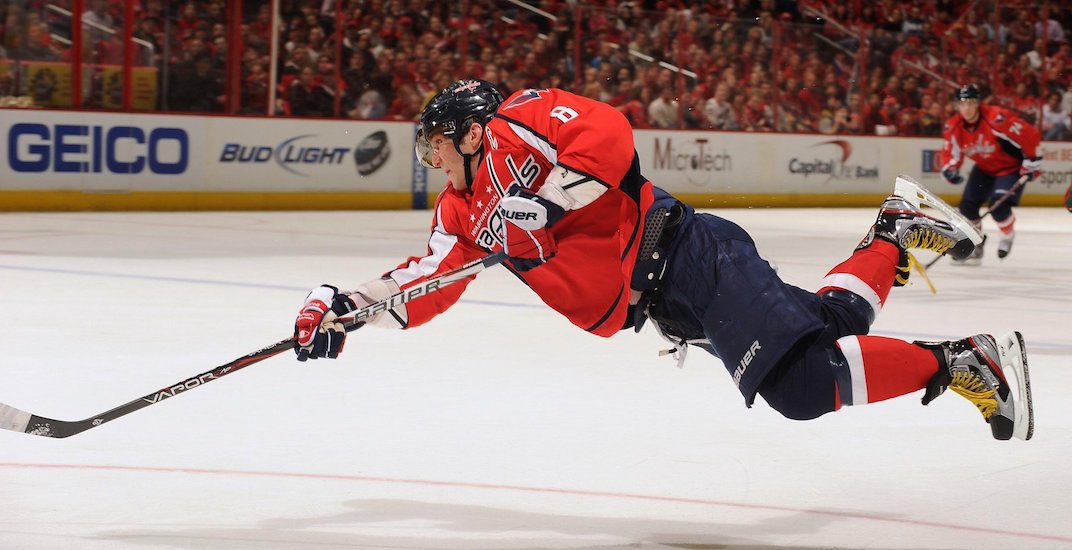 On the ice, Alex Ovechkin is a superstar.

Off the ice, he may be a superhero.

The Great 8, he of 568 career NHL goals, was quietly doing some good deeds during the Washington Capitals’ recent Western Canada road trip. It wasn’t for publicity, either.

Prior to the Capitals’ game in Edmonton, Ovechkin helped out a man in need on the street.

And we likely wouldn’t have ever found out about it if not for this tweet from a small cafe in Edmonton:

We saw The Alex Ovechkin take off his winter jacket and hat and give it to a homeless man he passed on the street. Wow! #gooddeeds

Ovechkin was asked about his interaction with the homeless man the next day by reporters, giving a humble response.

“Just went to the store to buy him a sweater, coat, and hat,” Ovechkin said, adding that the man did not have a shirt on.

The homeless man was shocked by the good gesture according to Ovechkin, despite the fact that he didn’t appear to recognize the future Hall of Famer.

“It’s something, I think, if you see a guy almost naked out there with that kind of temperature, every human can do something.”

Friday’s temperature was a high of 13°C, with a low reaching -1.

#Caps captain @Ovi8 answers questions from reporters after being spotted buying clothes for a homeless man in Edmonton. #ALLCAPS pic.twitter.com/JxD6A9l3sb