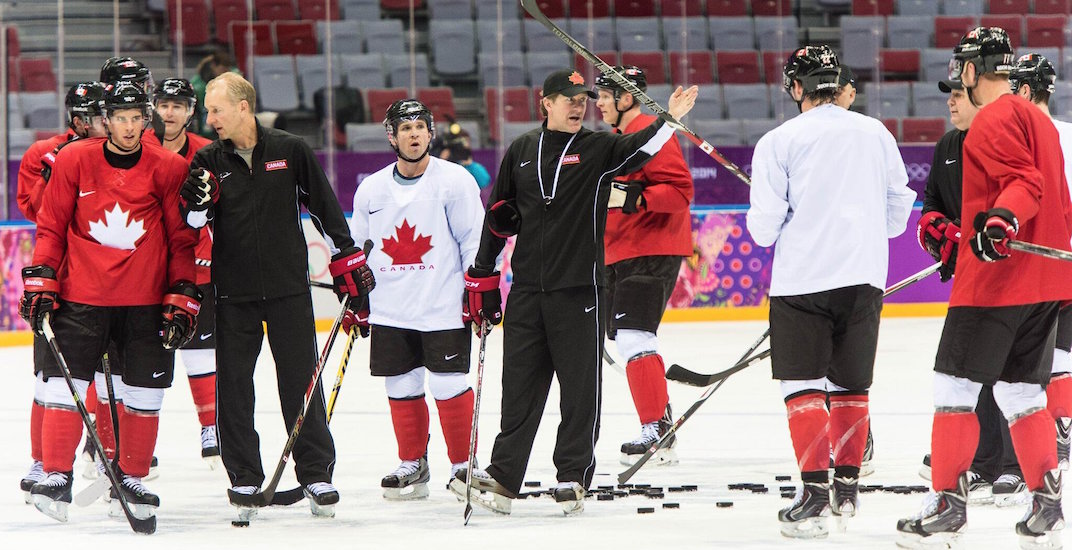 When played at its highest level, our country has proven it time after time.

That’s why when the odds were released for the men’s Olympic hockey tournament in PyeongChang this week, it was a little sad to see Canada no longer in top spot.

It’s a reminder that the PyeongChang 2018 hockey tournament will be different, as NHL players won’t be made available for the first time since 1994.

Instead of Crosby and Carey Price, you’ll probably see the likes of Mason Raymond and Ben Scrivens.

And with that, Russia – not Canada – are the favourites to win gold.

This makes perfect sense. Players without NHL contracts can participate, and Russia has more star players playing overseas than any other country. Former Russian NHLers Pavel Datsyuk, Ilya Kovalchuk, and Andrei Markov are currently excelling in the KHL, for instance.

Canada simply doesn’t have those types of names available – unless 40-year-old Jarome Iginla decides to play.

Since NHL players began participating in the Olympics in 1998, Canada has won three of five gold medals. Russia hasn’t won gold in Olympic hockey since they became an independent nation.

For Canada to win it all, they’ll need to come together as a group and become greater than the sum of their parts. And they’ll have to do it with an unheralded group.

And if you’re thinking “hey, at least we’re still the favourites in women’s hockey,” I have some bad news for.

While the odds have yet to be released, the Canadian women’s hockey team – winner of four straight gold medals – could enter the tournament as underdogs to the United States, who have beaten Canada in three straight world championships.

So at least we have… Curling?