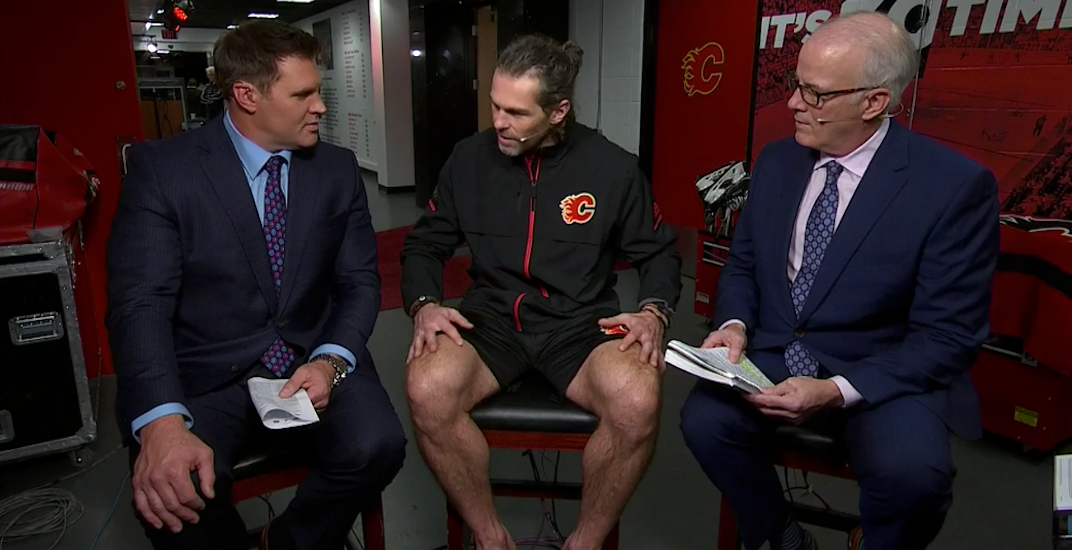 Jaromir Jagr is a legend on and off the ice.

Second all-time in points scored in the NHL, Jagr could become the game’s all-time leader in games played this year.

On Saturday, he equalled Gordie Howe for second on the all-time list for most games played including playoffs.

Speaking with Scott Oake and Louie DeBrusk on Hockey Night in Canada’s After Hours show (despite picking up an injury during the preceding game), the 45-year-old Flames winger revealed the secret to his success.

No, he didn’t find the Fountain of Youth.

So how did he do it? Hard work.

Jagr is well known for being a workout fanatic. He’s been given a key to the arena so he can work out at all hours of the night on other teams.

Jagr pointed to nature as well as nurture, when asked about his strength. While he said his mother’s side of the family was always pretty strong, his father helped him become an elite athlete.

“I work so hard,” Jagr said. “Off the ice, my dad made me do a thousand squats in a day since I was seven years old ’til eighteen. So it was a lot of squats.”

Wait, did he say a thousand squats a day??? My legs are hurting just thinking about that.

Jagr also credited the family farm at home in the Czech Republic with toughening him up during his upbringing.

“I was living on a farm, so playing hockey was so easy compared to working on a farm. We had to work like five, six hours a day.

A vacation for him to play and a joy for us to watch.