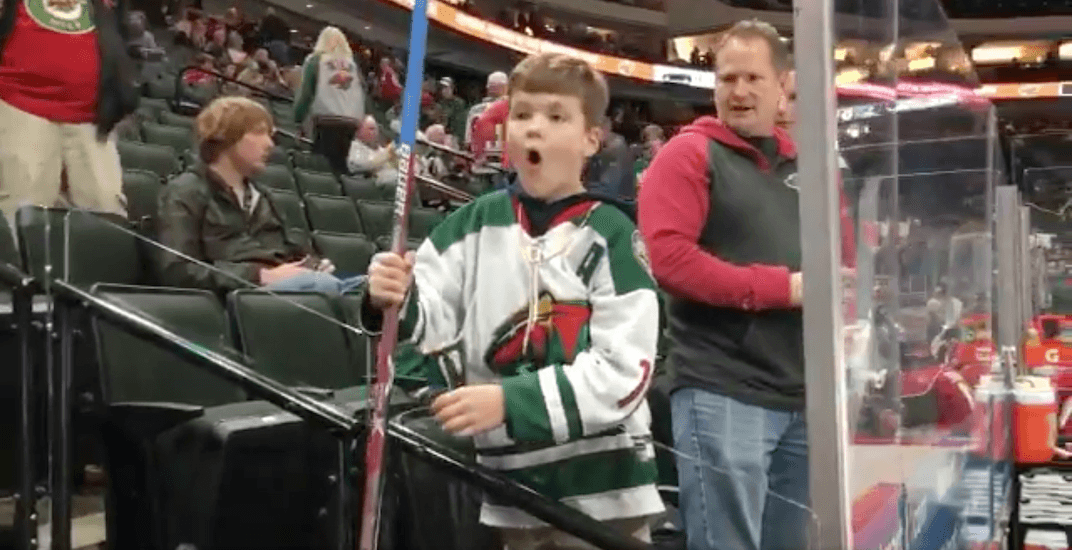 A young hockey fan in Minnesota is now the biggest Sam Gagner fan around.

Young Jack went to the Canucks-Wild game at the Xcel Energy Center in St. Paul on Tuesday on a mission. GET A STICK.

Jack positioned himself perfectly near the Canucks’ tunnel during the pre-game warmup, asking repeatedly for one of the players’ sticks. It was the impossible dream.

And then it became reality:

He knows only one word and it’s “stick”!

His reaction was priceless.

But the story doesn’t end there.

This was my son Jack! What a special night! #Gagnerfanforlife! https://t.co/LcSC7M9YIZ

@89SGagner @Canucks @NHLNetwork Thank you Sam Gagner!! Your gift made my boys night and a fan for life! pic.twitter.com/5yUKrG7U41

“Hey Mr. Gagner, my name is Jack and I was wearing the Parise jersey last night – I’m not sure if you remember me – but you gave me a really cool stick and I was so surprised, I did not have a chance to say thank you,” the appreciative young fan said. “So the purpose of this video is to say thank you.”

My pleasure buddy! Hope you had fun at the game!