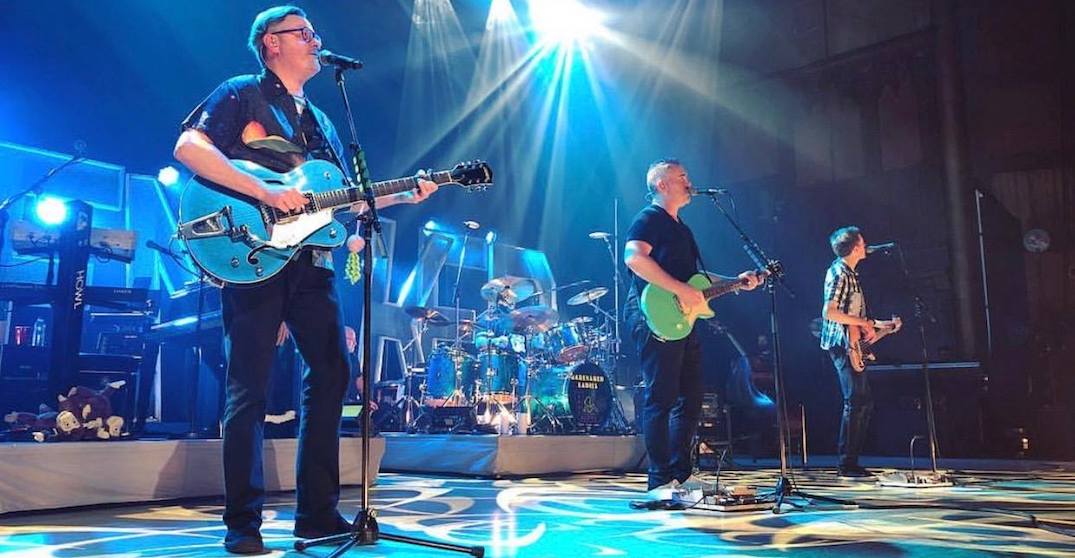 The Barenaked Ladies — along with former member Steven Page — were inducted into the Canadian Music Hall of Fame earlier this year, and to mark the occasion a special exhibition called Milestones: Barenaked Ladies was launched on Thursday, May 17, by the National Music Centre (NMC).

Milestones: Barenaked Ladies is a temporary exhibit running until February 2019 at the NMC’s Studio Bell.

The exhibition tracks the band’s career throughout their 30 years together from “their first concert as teenagers at Toronto City Hall, to making history as the best-selling independent artists in Canadian history, their international breakthrough in the US, to the present day with their induction into the Canadian Music Hall of Fame.”

The exhibit features some early songbooks and lyrics sheets from both Ed Robertson and Steven Page, along with Page’s 8-track cassette recorder they used to record demos for their songs “Jane” and “Old Apartment.”

Other treasures found in the exhibition include an acoustic guitar used by Robertson in the band’s music video “Falling for the First Time,” memorabilia collected from the Barenaked Ladies and Stephen Page, behind-the-scenes photos from the early days, album artwork, and their awards collected through the years.

“We are proud to be the physical home of the Canadian Music Hall of Fame and look forward to each induction and producing a coinciding exhibition every year to recognize new inductees,” said NMC President and CEO Andrew Mosker in a statement.

“Barenaked Ladies have made an unforgettable mark domestically and internationally, and we are eager to share another important story from the canon of Canadian music with all of our visitors.”

Milestones: Barenaked Ladies is accessible with paid admission to the Studio Bell at the National Music Centre in Calgary.