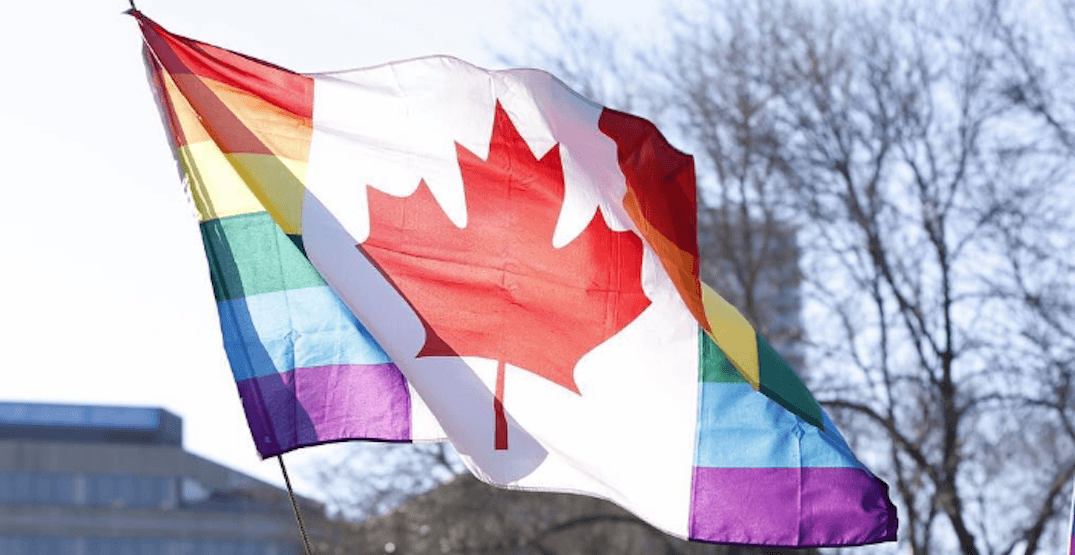 Hundreds of Calgarians are planning to march in support of Gay-Straight Alliances later today.

Jason Kenney announced on Monday that the United Conservative Party’s education platform would proclaim 2014’s Education Act — rolling back many of the Gay-Straight Alliance protections that were introduced with the Bill 24 amendments of the School Act.

One of the main protections made it illegal for teachers or student administrators to divulge if a student was a member of a GSA to their parents, protecting the student from being outed as a result of seeking a safe place in their school.

Following Kenney’s announcement, rallies in support of the groups and the protections currently in place for them have been organized in both Edmonton and Calgary, with hundreds arriving at the Alberta Legislature building on Wednesday and hundreds more expecting to march to Calgary-Elbow UCP Candidate Doug Schweitzer’s office at 6:15 pm today.

The message on the event’s Facebook page is simple, yet has been echoed throughout social media over the past week: “GSA’s/QSA’s save lives. Let’s send a strong message to queer and trans kids that we won’t let Jason Kenney take away their right to feel safe in their schools!” the event description reads.

Jason Kenney made a big mistake yesterday.
GSAs save lives.
This debate’s been settled.
He needs to talk to the experts, parents and kids who are asking for these clubs.
Instead, he’s talking about outing gay kids in school. That would have very sad and cruel consequences.#ableg

In response to Jason Kenney’s announcements this week, there’s two different rallies in Calgary tonight. Racism and homophobia may be welcome in the UCP, but not in Alberta. #abvote pic.twitter.com/c4zrDLspiQ

TODAY: Calgary March for Gay-Straight Alliances. Join me and many others to let the UCP know that rolling back GSA protections is not acceptable.

Calgary: stand with #QueerKidsAB tomorrow. Let’s make sure LGBTQ2I+ youth know that we have their back. #yyc https://t.co/AG71QDJ6Xz

The event will begin at 5:30 pm at the Marda Loop Safeway parking lot’s SE corner and the march will start at 6:15 pm.