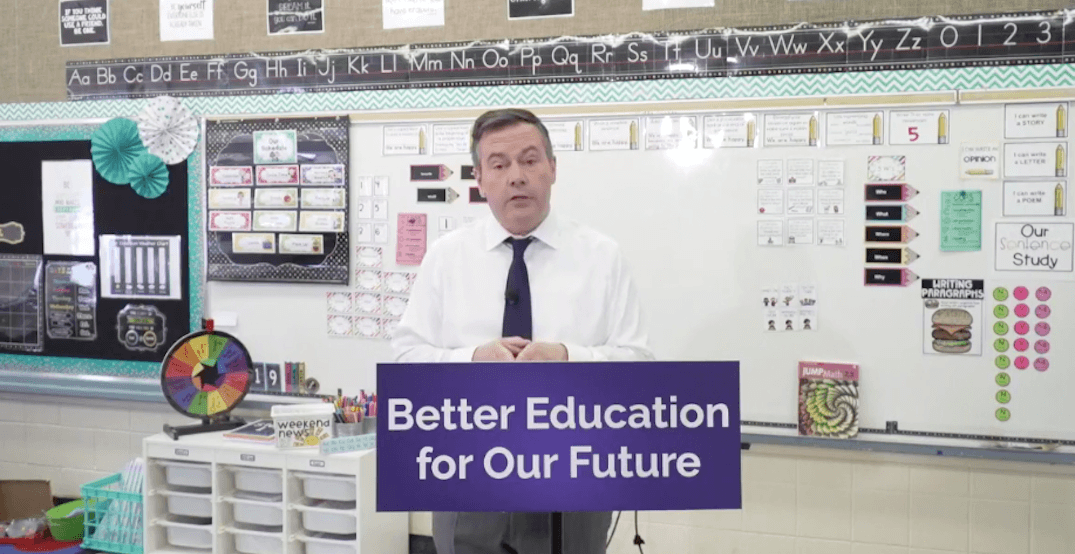 United Conservative Party Leader Jason Kenney made an announcement on Monday about what kind of changes the Alberta education system would see if his party took power following April 16’s provincial election.

One of the main changes would be the proclamation of the Education Act, which would replace the NDP’s School Act and many of the amendments that came along with Bill 24 — most notably, the requirement for school principals to grant permission for students to form gay-straight alliances immediately and for all schools to have public policies that protect LGBTQ+ students.

Kenney’s 14-point education plan also called for a return to the 50/50 split between diploma and school grades for Grade 12, report cards that are easier for parents to understand, maintained or increased educational funding, an audit of class sizes, and an end to discovery learning.

“As math scores plunge and report cards become increasingly difficult to understand, a United Conservative government will reset the curriculum rewrite, restore fundamentals to math and affirm the primary role of parents in choosing how their children are taught,” Kenney said, in the announcement.

Rachel Notley replied to Kenney’s announcement on Twitter, stating that the changes would put lives at risk and that outing gay kids at school would have “very sad and cruel consequences.”

Jason Kenney made a big mistake yesterday.
GSAs save lives.
This debate’s been settled.
He needs to talk to the experts, parents and kids who are asking for these clubs.
Instead, he’s talking about outing gay kids in school. That would have very sad and cruel consequences.#ableg

Kenney’s full announcement can be found below: