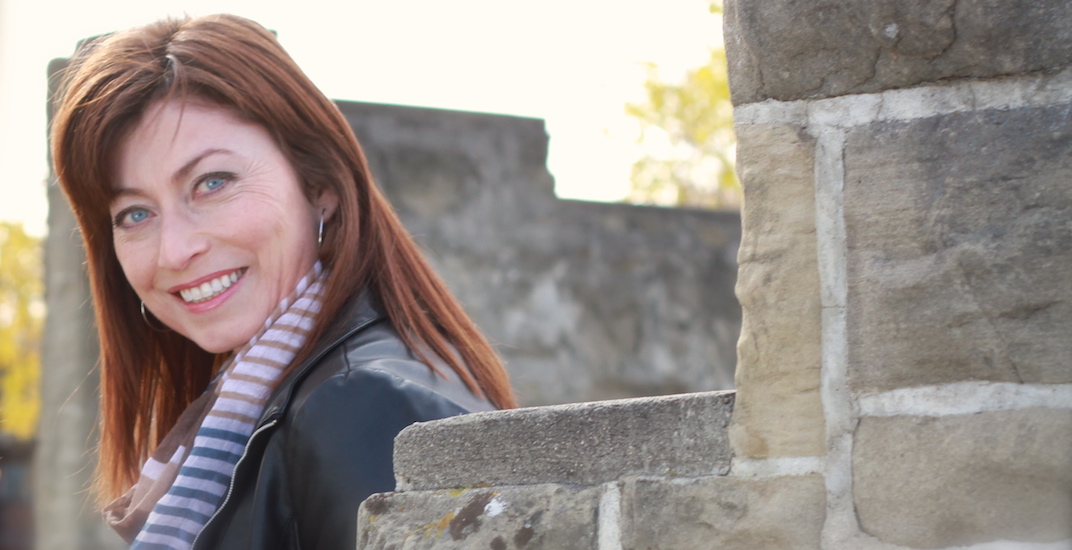 This makes Regan, who lives and works in Calgary, one of the most distinctive and recognizable voices in the West Coast city.

She tells you the name of the next station, the SkyTrain line you are traveling on, the train’s final destination, and where to make connections. Besides those essential announcements, she also lets you know where elevators are not in service and reminds you not to hold the doors and smoke inside stations.

Regan says her key faceless role with SkyTrain began over 15 years ago when a Calgary-based company that manufactured automated voice systems was pitching the equipment to TransLink for the station names of the Millennium Line, which opened in 2002, as well as new recordings for the Expo Line stations.

She was asked to do a few tracks for the pitch as the company needed to provide the public transit authority with a few samples of what the equipment might sound like.

“Quite a few months came by, I didn’t hear anything, and then I get a call one day and they said they did get the business, and the company had been requested to have the voice that did the demo to be the voice of SkyTrain,” Regan told Daily Hive this morning.

Shortly after that, she went into the studio and record the station names for the system.

TransLink has continued to rely on Regan for subsequent SkyTrain extensions and other new prompts.

She recorded voice announcements for the Canada Line prior to its opening in 2009.

“We did this so that we could have all of the audio be in synch because they have been recorded over the years at different times,” she said. “So we recorded new station announcements, and TransLink requested a few new prompts by way of giving direction and safety.”

A handful of additional small updates have been made ever since, specifically station announcements that include the mention of a connection to the new 95 B-Line from Waterfront Station and the 99 B-Line from Broadway-City Hall Station.

With B-Line connections from SkyTrain stations now being added as a new announcement standard, Regan will likely be in the studio again soon to record new prompts for the new B-Line rapid bus routes that will be launched in 2019, as three of the bus routes connect with at least one SkyTrain station.

The last round of updates also included changes to the Bridgeport Station announcement to include the detail of a bus connection to Tsawwassen Ferry Terminal.

Regan says she has not been to Vancouver in a few years, but she often receives calls and texts from friends and family who are riding the train and listening to her voice.

“It’s really interesting to get those messages from people, because, and I mean this sincerely, it’s really truly a privilege to do the voicing for the SkyTrain. It really is a fun gig,” she said. “People get the kick out of it just like I do.”

Many years ago, Regan was also the voice for the Amtrak in Oakland, the light rail system in Salt Lake City, and the BART system in San Francisco.

Regan was previously the head of a namesake production company that offered interactive and broadcast productions, such as narrations, for businesses and governments. Currently, she is the CEO and President of Boom Group, a business that creates employer rewards and incentives programs for large corporations in Canada.