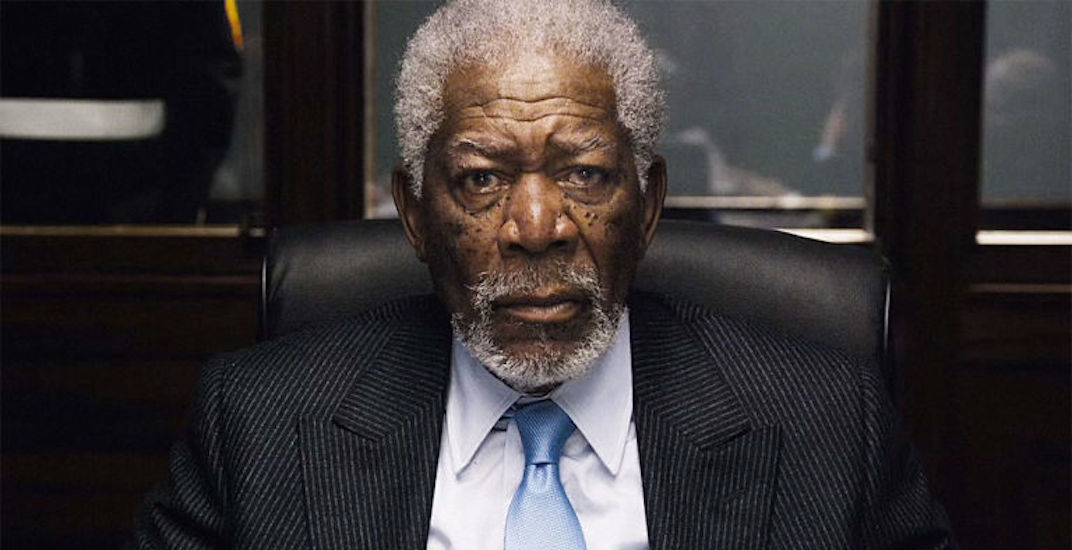 UPDATE: Translink is pausing announcements from Morgan Freeman due to recent reports of inappropriate behaviour.

Morgan Freeman has ample advice on courtesy and etiquettes while riding on Metro Vancouver’s public transit system, plus a few fun factoids to share about the city.

The Oscar-winning American actor has recorded a number of public service announcements for TransLink’s SkyTrain stations and buses, which are all part of an elaborate experiential marketing campaign by Visa Canada to promote the use of its credit cards for the payment of transit fares.

The implementation of the campaign, which officially begins June 4 and ends July 29, will be played on the public announcement systems of SkyTrain stations and the buses. It did not cost TransLink anything as this is a Visa-spearheaded advertising initiative.

Here are just a few of the recordings Freeman has recorded for Visa and TransLink:

“Hello Vancouver! Did you know that California Rolls were invented in Vancouver? If you’re off to the latest sushi spot, know that you can now tap your Visa to go anywhere TransLink takes you.”

“Hello transit riders! Please remember to check your seats for all purses, backpacks, and – knowing the weather here – umbrellas before leaving the bus.”

“Hello there! Please keep the SkyTrain doors clear so that everyone can go home quickly…”

“Hello Vancouver! Did you know butter tarts were invented in Canada? Mmmmm… butter tarts. Have a great day!”

“Hello bus riders! This is a smoke free bus, but I’m sure you already knew that…”

“Hello riders! Though I’m sure you have excellent taste in music, remember to keep your headphones at a reasonable volume…”

“Hello Vancouver, did you know Stanley Park is over three times bigger than Central Park?”

“Hello Vancouver! Did you know you can now tap your Visa to go anywhere TransLink takes you? Well, now you do.”

“Hello Vancouver! This is a friendly reminder to please exit via the rear doors…”

“Hello transit riders, remember what your mom used to say: Please keep your feet off the furniture…”

“Hello Vancouver! Did you know there’s a correct way to tap out? Please tap to your right when exiting the SkyTrain or SeaBus fare gates…”

Freeman is widely known as a brand ambassador for Visa, having narrated many of the credit card company’s commercials, including the company’s Olympic commercials, for the past eight years.