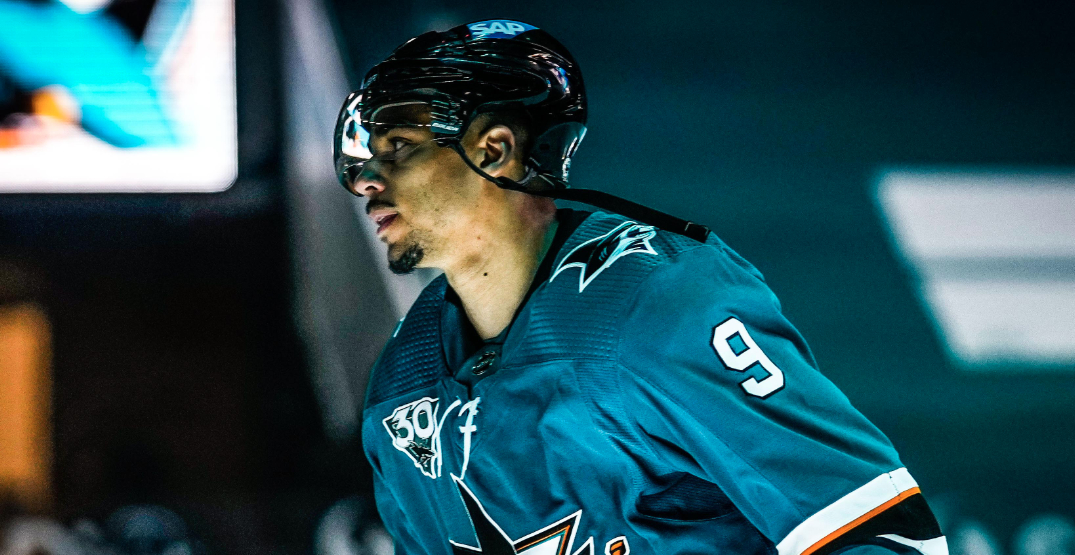 An imminent signing of Evander Kane could be slowed by an NHL investigation into his cross-border travel into Vancouver, according to Elliotte Friedman.

“Hearing NHL has notified teams it is investigating [the] process of Evander Kane crossing border from US into Canada on Dec. 29,” Friedman tweeted Wednesday.

“This will likely prevent a Kane signing in the short term, as teams await the results.”

Kane tested positive for COVID on Dec. 21, and flew to Vancouver on the 29th. In termination notice from SJ, it was alleged he did not have proper medical clearance. NHL is now doing full investigation…(2/3)

The Sharks placed Kane on unconditional waivers on Saturday and eliminated the final three-and-a-half years on his seven-year, $49 million contract Sunday.

In a statement, the Sharks cited Kane’s contract was terminated “for breach of his NHL Standard Player Contract and for violation of the AHL COVID-19 protocols,” without going into further detail.

The NHLPA has filed a grievance on Kane’s behalf.

Kane, now an unrestricted free agent, has been linked to several teams, including the Edmonton Oilers. In all, up to 16 teams have participated in some sort of conversation or information-gathering process with Kane, according to Frank Seravalli.

Kane was suspended for 21 games earlier this season due to reportedly submitting a fake vaccination card. Kane’s ex-wife has accused him of parental/spousal neglect, domestic abuse and claimed that he was throwing games as part of a gambling operation.

The NHL said there was “no evidence” to support these claims following an investigation, and Kane eventually was vaccinated, according to SJ Hockey Now’s Sheng Peng.

Kane had two goals and eight points in five games in a stint with the San Jose Barracuda of the American Hockey League when he was assigned to the minors following his suspension.

He last played for the Barracuda on December 18, before entering COVID protocols on December 22, where he was symptomatic, according to Peng.