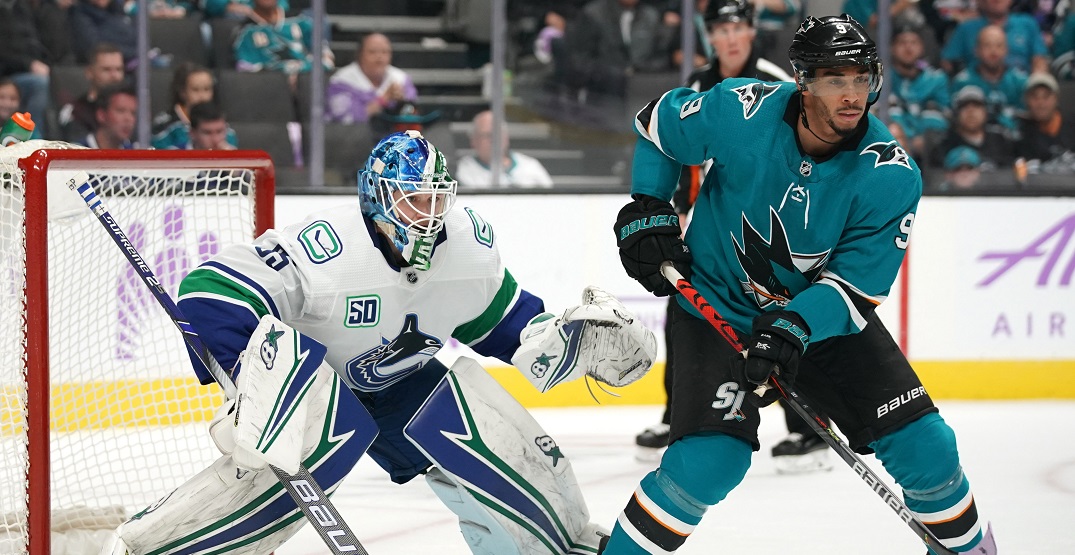 A trip to Vancouver may end up costing now-former San Jose Sharks forward Evander Kane a large chunk of his contract.

Kane reportedly travelled to Vancouver while COVID-positive, leading to his contract termination yesterday, per Kevin Kurz of The Athletic.

The Sharks placed Kane on unconditional waivers Saturday, with the intention to terminate the final three-and-a-half years on his seven-year, $49 million contract. He officially cleared waivers on Sunday.

In a statement, the Sharks cited Kane’s contract was being terminated “for breach of his NHL Standard Player Contract and for violation of the AHL COVID-19 protocols,” without going into further detail.

We are aware of the Sharks’ decision to put Evander on waivers for contract termination. If he clears, we will file a grievance. The Sharks do not have sufficient grounds for taking this action. #WeAreGoldStar!

We are aware of the San Jose Sharks’ stated intent to terminate Evander Kane’s contract. The NHLPA intends to challenge any such action by filing a grievance.

Kurz also added that Vancouver is actually one of three teams on a trade list submitted by Kane, who was born in the city and played for the WHL’s Giants from 2006-2009.

He was suspended 21 games earlier this season due to reportedly submitting a fake vaccination card. Kane’s ex-wife has accused him of parental/spousal neglect, domestic abuse, and claimed that he was throwing games as part of a gambling operation.

The NHL said there was “no evidence” to support these claims following an investigation, while Kane eventually was vaccinated, per SJ Hockey Now’s Sheng Peng.

After being sent down to the AHL following his return from suspension, Kane scored six goals and added two assists in five games with the San Jose Barracuda. Kane last played for the Barracuda on December 18, before entering COVID protocols on December 22, where he was symptomatic, per Peng.