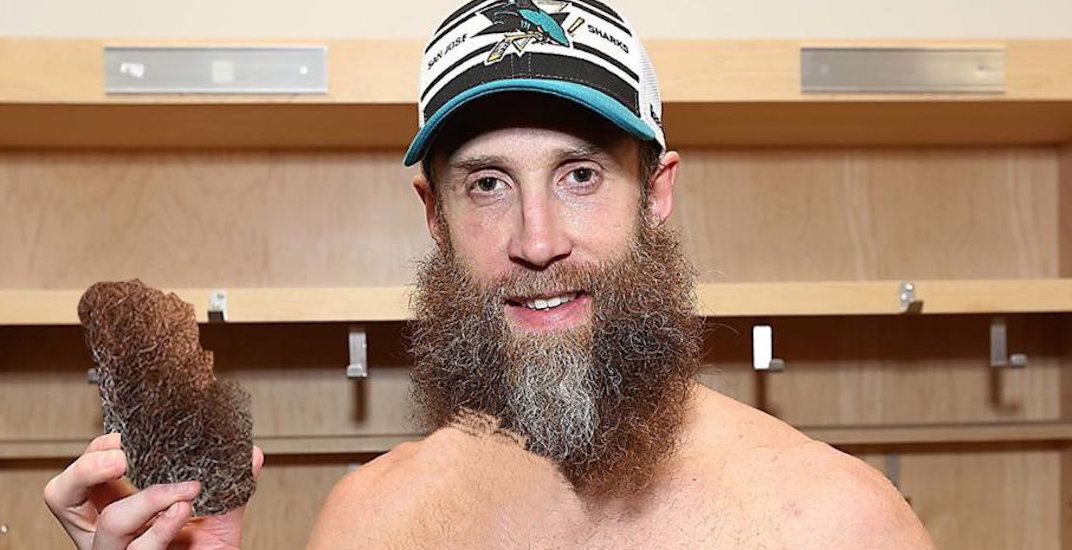 Joe Thornton has one of the most glorious beards on the face of the earth. It has become a trademark for the 38-year-old future Hall of Famer.

That’s why what happened Thursday night in Toronto was so shocking.

Just two seconds into the Maple Leafs-Sharks game, Thornton fought Nazem Kadri at centre ice. While Kadri had youth on his side, Thornton’s size and old man strength more than made up for it.

The fight was relatively uneventful at first glance, with not many punches connecting in the quick bout.

Here’s how it materialized:

But upon further review, it turned out that Thornton lost a big chunk of his beard as Kadri grabbed onto it, holding on for dear life.

“Thought I was a hockey player, not a barber,” Kadri told reporters after the game. “I didn’t mean to grab him there, he’s a big boy, I couldn’t reach all the way across his shoulder.”

Hopefully Thornton can grow it back.

Wonder if they want to keep this for the Hall of Fame?