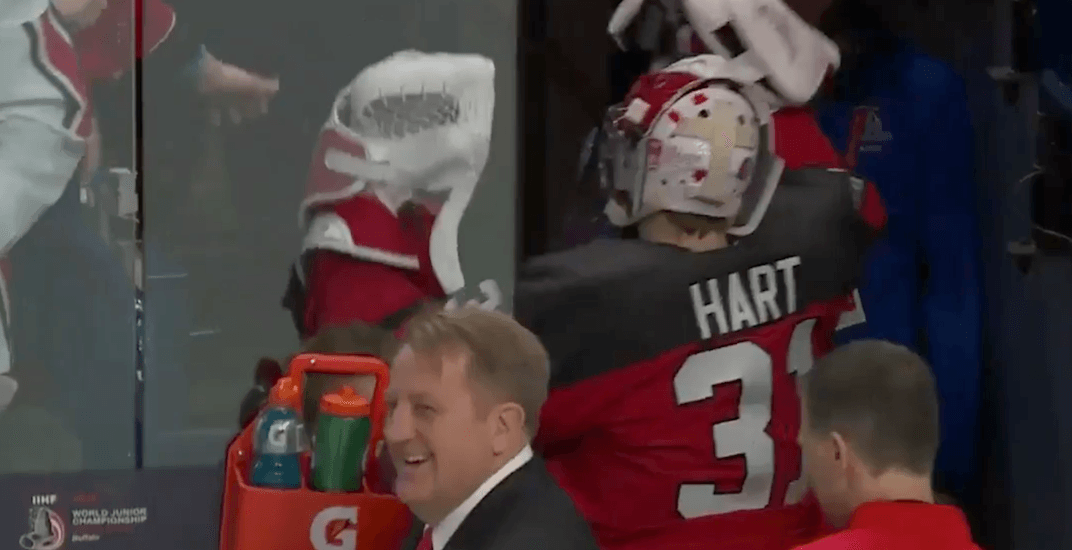 When we last saw Team Canada’s quirky No. 1 goaltender at the World Juniors, he was in an epic stare-down with Swiss backup Matteo Ritz.

You see Hart, who is stubbornly superstitious, needs to leave the ice last after every period. And he’s willing to wait.

If that wasn’t funny enough, it turns out he has other superstitions that extend beyond the ice surface.

He eats the exact same thing for breakfast every day.

“Three eggs, two pieces of toast, and a glass of chocolate milk,” the 19-year-old said with a smile. “I’ve had that every single day for the past four years. [My roommate’s] been making it for me every single day.”

What a great roommate.

Hart is a Philadelphia Flyers draft pick and plays with Everett in the WHL.

Apparently he gets sick of eating the same thing every morning – who wouldn’t?

But if we know anything about Hart by now, it’s that he likes a routine.

Unlike his on-ice superstition, at least this is one the Sherwood Park, Alberta native can control.

He does this every time he takes a drink as well. pic.twitter.com/6GehG0AN0N

Hart and Team Canada are back in action at the World Junior in the semi-final against the Czech Republic on Thursday. If they win that, they’ll play for gold on Friday against either USA or Sweden.