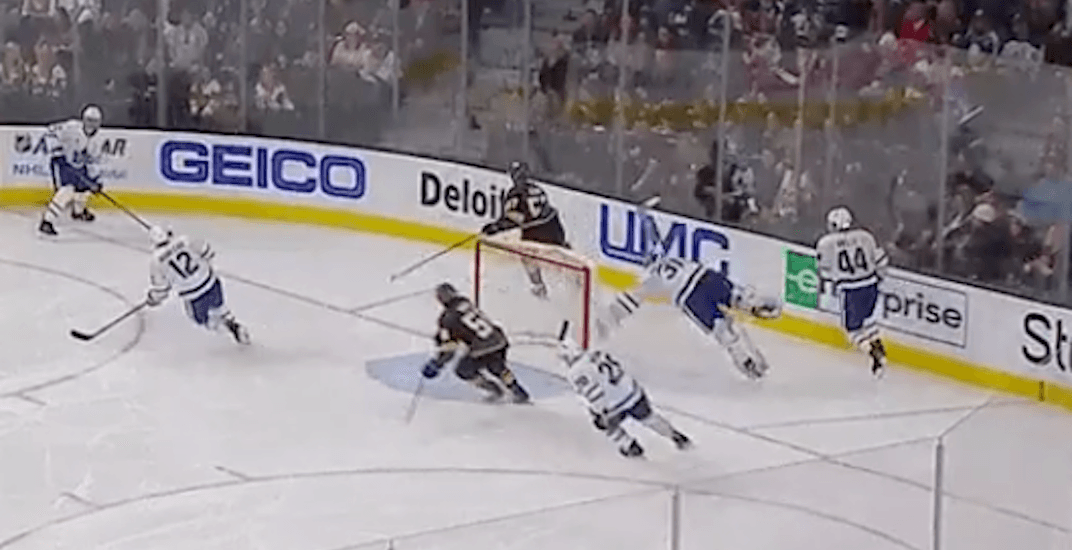 Frederik Andersen needs to work on his choreography.

Wanting to stay focused on their game against the surprise team of the 2017-18 season, the Toronto Maple Leafs didn’t stay on the Las Vegas strip during their first visit to Sin City on New Year’s Eve. Unfortunately for their starting goaltender, he still left town lighter in the pocketbook.

Andersen was fined by the NHL on Thursday, as a result of some theatrics on New Year’s Eve against the Vegas Golden Knights.

After playing the puck behind his own goal, Andersen’s skate appeared to have been tapped ever so slightly (if at all) by Golden Knights forward David Perron. With Toronto down 3-1 in the second period, the Danish netminder looked to gain an advantage for his team.

Unfortunately for him, he’s not very good at diving:

The dive cost Andersen in the pocket book, as the NHL has fined him $2,000 for “embellishment.”

This was the second time Andersen has been caught by the league for diving, with the first offence occurring on November 24, resulting in a warning. The fine for future infractions will go up by $1,000 until a maximum of $5,000.

Should he get caught five times, head coach Mike Babcock will begin to get fined as well.