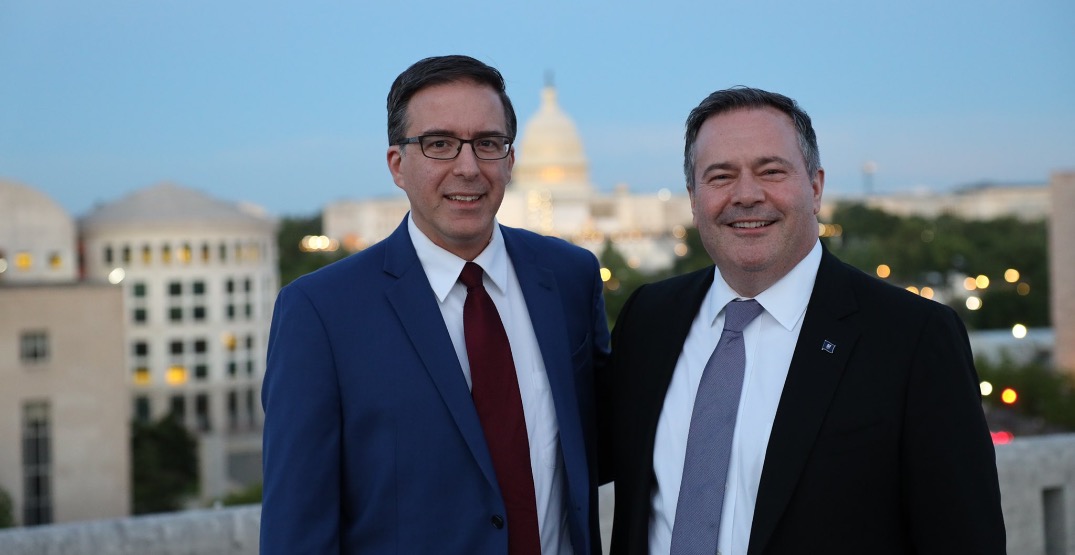 Jason Kenney has met Jason Kenney. Yes, you read that right! The Alberta Premier managed to hang out with Twitter Jason Kenney, who has been wrongly tagged countless times on the social media platform.

@Jasonkenney on Twitter is Jason Kenney, a non-proift communicator in Richmond, Virginia.

@jkenney on Twitter is Jason Kenney, Premier of Alberta. We can see the confusion, and many people on Twitter have voiced their frustration or opinions to, well, the wrong Jason Kenney.

On Monday Premier Kenney tweeted a photo of him with the American Kenney, who was hosted at the Canadian Embassy in Washington DC.

Ok #ableg, once and for all:

Left: @jasonkenney – the friendly guy from Virginia who has been taking a lot my heat on Twitter.

Was great to host Jason at the Canadian Embassy tonight! pic.twitter.com/odQAcYAUWu

Many people on Twitter were fans of their meeeting, after some saw the American Jason Kenney’s funny tweets of mistaken identity.

I don’t like much of anything you post, but I have to admit, I liked this. Let’s not make it a habit. Okay thanks.

We seem to have forgotten that politics and public life can have goodness.

Every now and then you surprise me. This is nice.

I’ll give you credit for this. Solid move to meet with him.

Kenney has previously said he’s not alone in his case of online mistaken identity: he knows of multiple other people around the globe that shares a name or a variation of it with the Alberta premier, and the ensuing online messages.

Sound like Premier Kenney might have to hit the road to meet all the JK’s of the world!