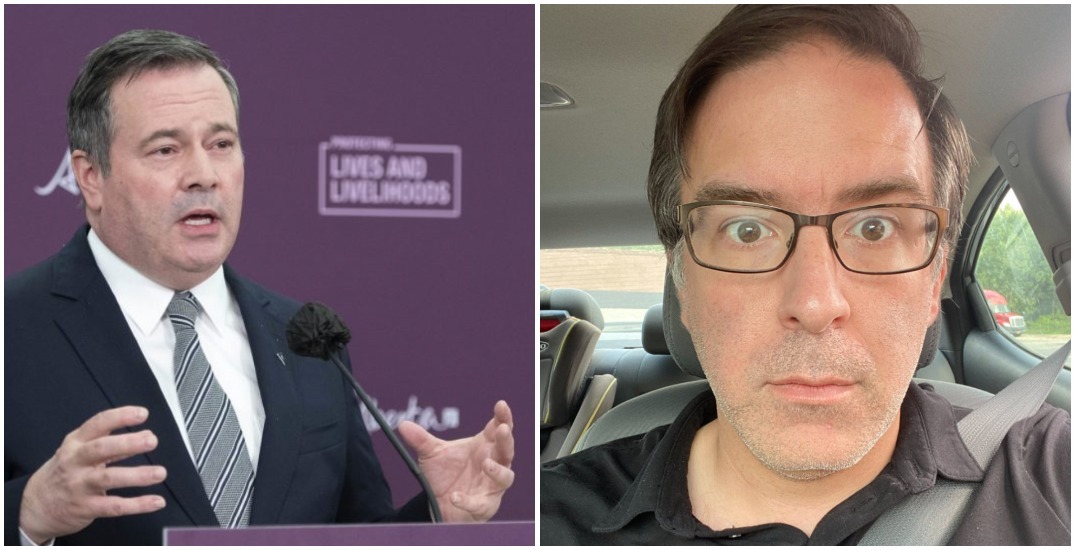 Will the real Jason Kenney please stand up? Some Twitter users are tagging the wrong Jason Kenney, and his responses are hilarious.

@Jasonkenney on Twitter is Jason Kenney, an non-proift communicator in Richmond, Virginia.

@jkenney on Twitter is Jason Kenney, Premier of Alberta. We can see the confusion, and many people on Twitter have voiced their frustration or opinions to, well, the wrong Jason Kenney.

His response’s are pretty solid to users mistaking him for the Alberta premier.

Alberta: I want to yell at Jason Kenney!

Mom: We have Jason Kenney at home.

His response? “I’m already out of the country. How much farther away do I need to be?”

I’m already out of the country. How much farther away do I need to be? https://t.co/4fkNFid4M6

Kenney says he’s not alone in his case of online mistaken identity: he knows of multiple other people around the globe that shares a name or a variation of it with the Alberta premier, and the ensuing online messages.

I know of at least two additional “Jason Kenney” in the US and two “Jason Kenny” internationally so there are a lot of us Jason Kenney Jason Kenneys out there. https://t.co/ZQ3CzmrV6c

He’s even become a little accustomed to the flurry of Twitter mentions after the Alberta premier speaks, joking about being prepared for some after Premier Kenney spoke earlier this week.

Kenney even has a Ko-Fi account, where people have “purchased” a coffee for him as an apology for Albertans and Canadians mistaking him for the Alberta premier.