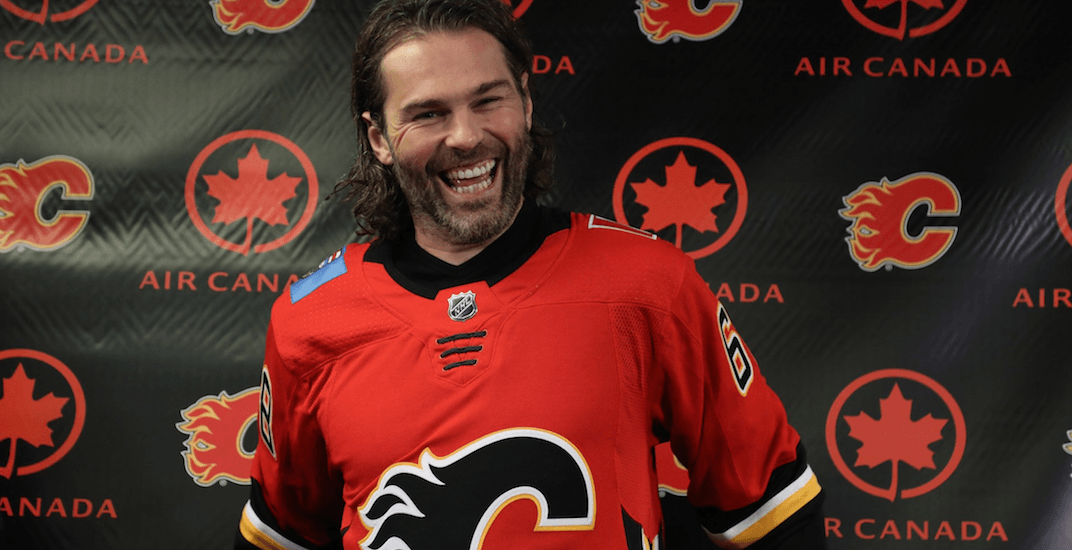 Jaromir Jagr will suit up with the Calgary Flames for the first time for tonight’s game against the Kings in Los Angeles. It’ll be the 1712th game of the 45-year-old’s NHL career.

Jaromir Jagr will make his debut as a Calgary Flame tonight in LA vs Kings.

Jagr, who signed a one-year contract with the Flames nine days ago, has yet to appear in any of Calgary’s three games this season. Given that he missed training camp, he needed to get in game shape.

Expect head coach Glen Gulutzan to ease the future Hall of Famer into the lineup with third-line minutes. He should get ample time on the power play to do his thing though.

After a rough start against the Edmonton Oilers on opening night, the Flames have found their form, winning two in a row – including their first win in Anaheim in a bajillion years.