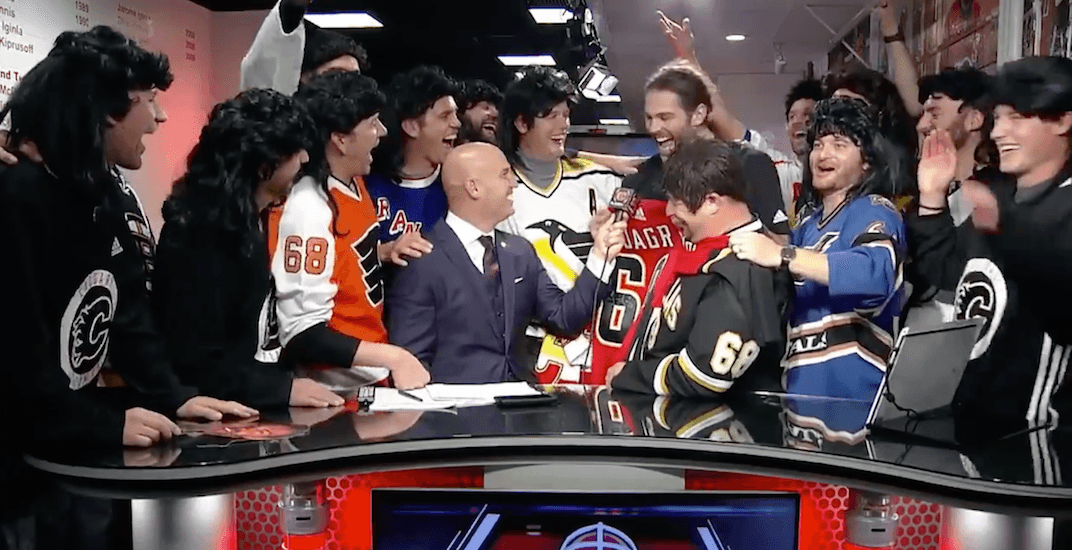 When Jaromir Jagr signed with the Flames, you knew immediately who the happiest people in Calgary were.

The mullet-wearing Jagr superfans from Calgary were interviewed by Flames TV on Saturday, with a surprise cameo.

Yes, the man himself popped by for a visit.

Jagr showed up with a signed #68 Flames jersey for the guys to fight over.

The Traveling Jagrs (@68isgr8) stopped by #Flames TV Live … and were surprised by 6️⃣8️⃣ himself! pic.twitter.com/huWEuwK3mJ