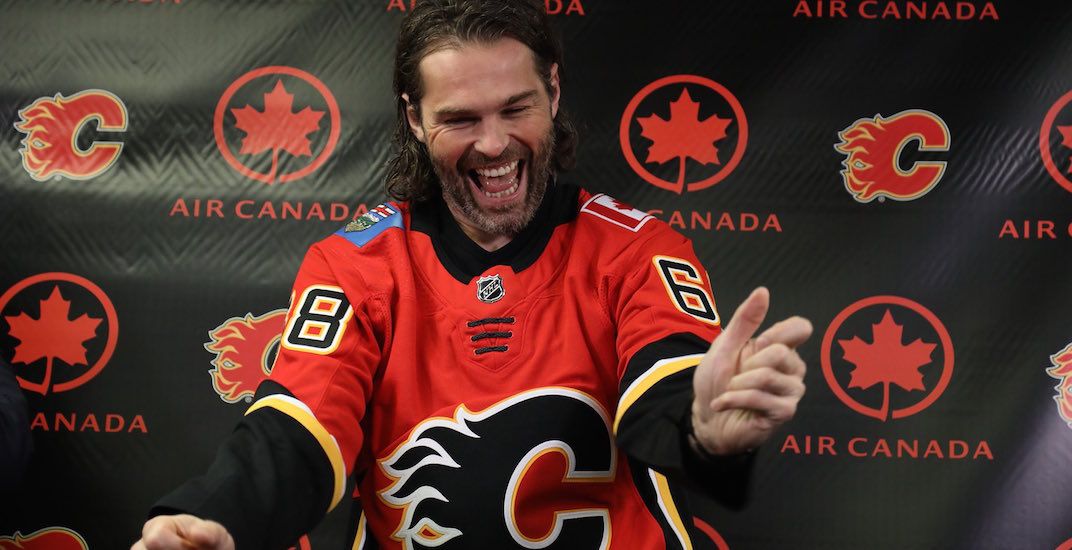 You can go get your #68 Flames jerseys, Calgary.

That’s because Jaromir Jagr has signed with the Flames, officially.

.@CortexBusiness Transaction Alert: It's official, #CofRed – the #Flames have signed @68Jagr to a one-year deal! https://t.co/S5xxTKCaKx

Jagr, who agreed to a one-year contract worth $1 million plus bonuses on Monday, arrived in Calgary on Wednesday. After a 12-hour journey from the Czech Republic, the living legend met with the media at the Saddledome.

The 45-year-old future Hall of Famer won’t get into the lineup right away, wanting to get some practices in and wait until he’s ready.

Will it be his last season in the NHL? It would appear so, saying “99.9 per cent this will be my last season.”

Is he excited about playing in Canada?

Jaromir Jagr: "there's plus and minus to playing in Canada… you cannot bullshit the fans, they know when you play bad." #Flames

Here’s some photos of Jagr in a Flames jersey: 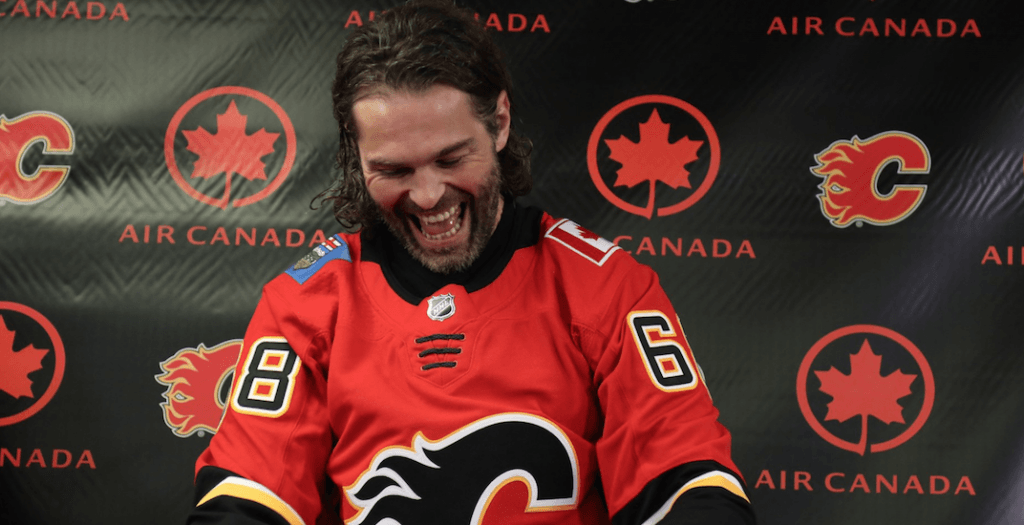 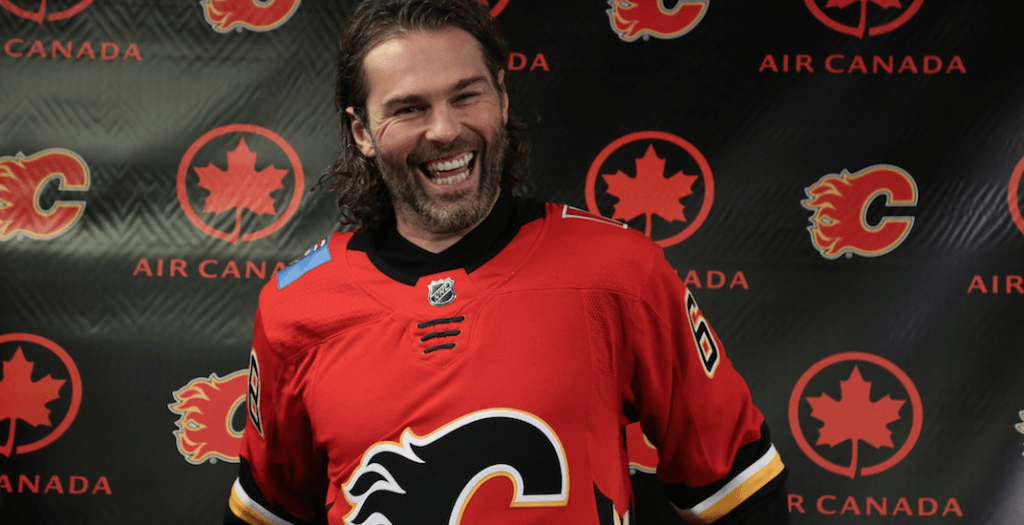 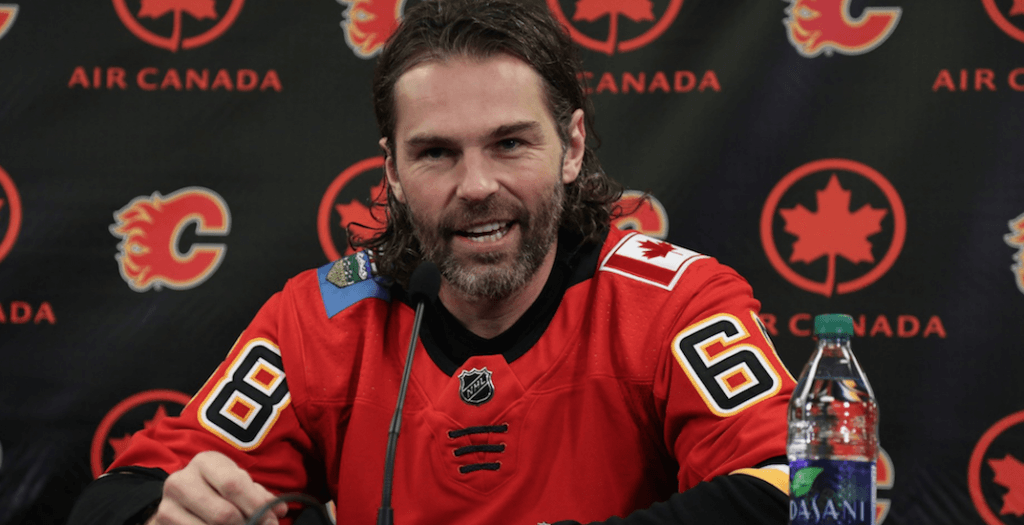