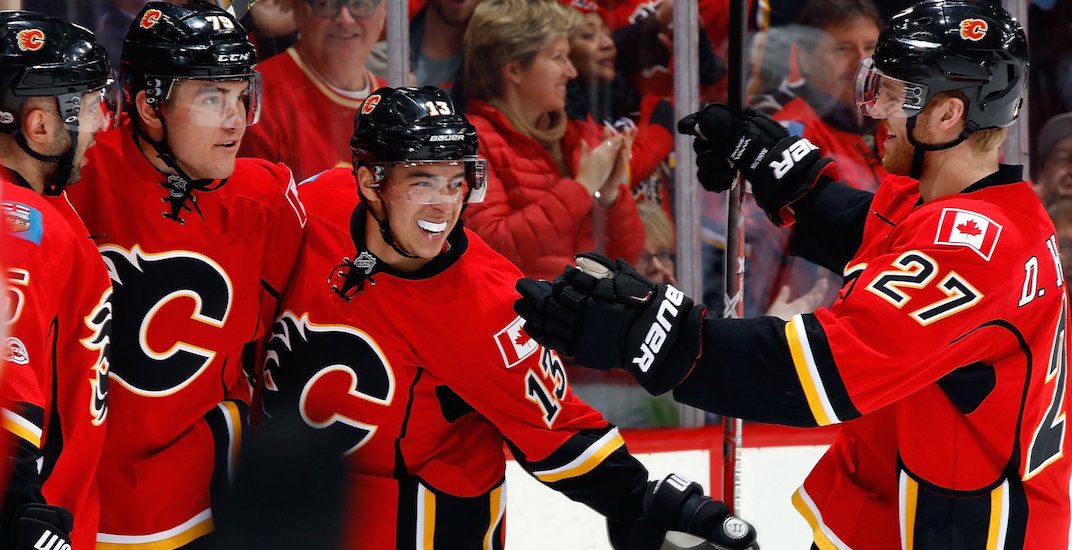 It’s a good gig if you can get it.

Hockey season has begun for Calgary Flames players and like everyone else in the league, they will be paid royally this year.

Johnny Gaudreau and Mark Giordano lead the way, each scheduled to earn $6.75 million, with Sean Monahan and new goaltender Mike Smith close behind.

Troy Brouwer is the team’s most expensive fourth liner, scheduled to make $4.5 million. Matthew Tkachuk, meanwhile, is scheduled to earn less than $1 million because he’s on an entry-level contract.

Jaromir Jagr, one of the greatest players in NHL history, will earn just $1 million which makes him just the 17th highest-paid Flames.

It’s interesting to note that Tkachuk and Jagr will actually count higher towards the salary cap, because of the attainable bonuses in their contracts.

Also counting against the cap are three players who no longer play for the team because they were bought out. The Flames will send $1.05 million to Mason Raymond, $666,667 to Lance Bouma, and $100,000 to Ryan Murphy this year.

Here’s how much every Flames player will earn this season: