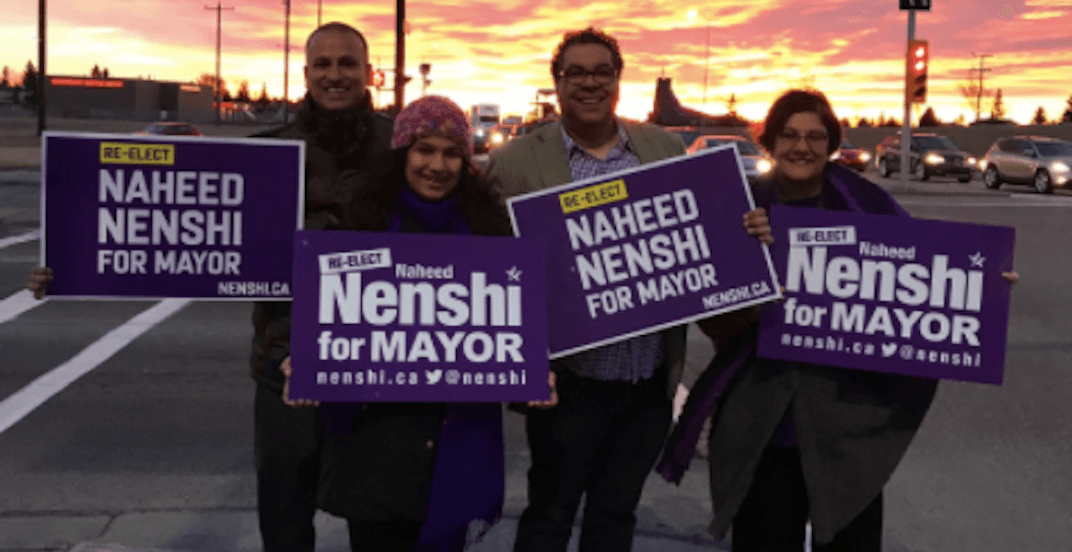 It’s a close one, folks.

Incumbent Mayor Naheed Nenshi is leading in the polls with around 10% of polls reporting, though he only leads opponent Bill Smith by a few hundred votes.

That’s a lead of only 602 ballots – and there’s still tens (potentially hundreds) of thousands to still be tallied.