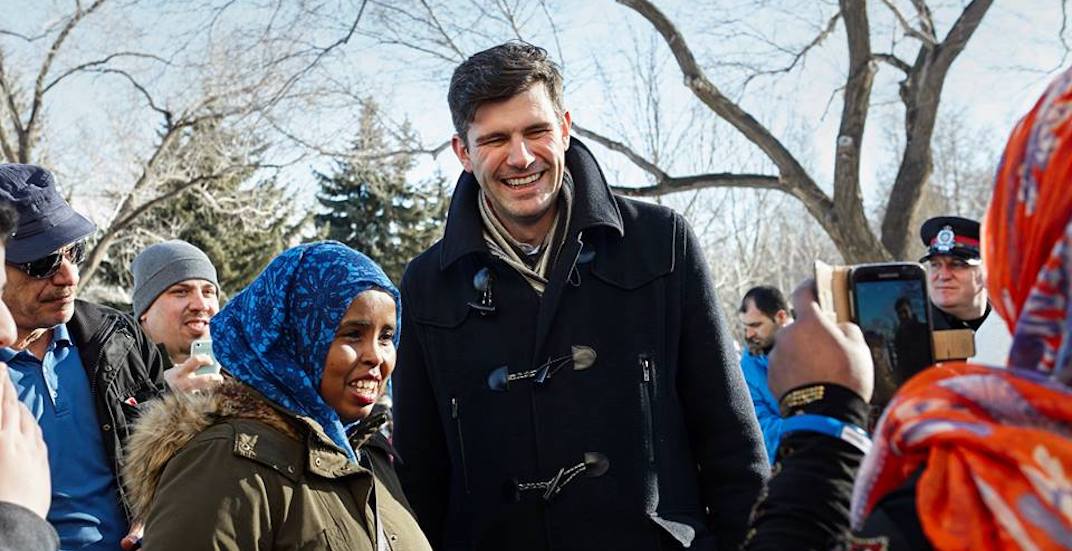 Don Iveson has regained his seat as Mayor of Edmonton as polls continue being counted.

As the incumbent mayor, Iveson did not have much strong competition going into the election, though he faced 12 opponents in the race.

Iveson currently has 10 times the amount of votes as his closest competitor, Don Koziak, who has 7,968 votes.

Iveson was elected in 2013 when then-Mayor Stephen Mandel did not run for a fourth term. This will be Iveson’s second term as Mayor of Edmonton, and based on the election results thus far, Edmonton is happy to keep him.

Iveson didn’t only win with the official voters of Edmonton, either; he also won the city’s student vote.

He responded to the good news – as ballots were still being counted in the official election – with a “Huzzah!” to a retweet of the student vote results.

No word yet from the re-elected mayor on his reaction to winning the adult vote, but we’re sure that’s soon to come.