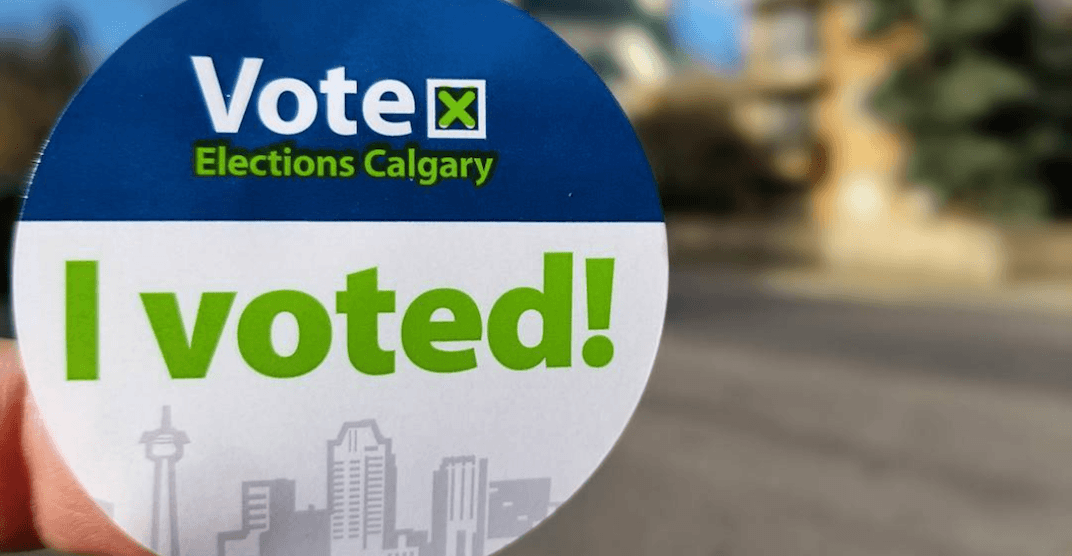 The ballots are flooding in.

With polls recently opened at 10 am this morning, Calgary has already seen 30,949 votes cast for the General Election.

Social media has been abuzz today with talk of the election, calls-to-action, and proof of participation – proudly displaying those little green stickers.

Give yourself a break from Twitter and go vote! It’s fun and meaningful and will give you something to post about #yycvote #yyc

Me: Lennox, we’re going to vote, do you know what that is?

Well in a manner of speaking.. #yycvote

The uptick in turnout could possibly be related to the offer of free gelato from Fiasco Gelato for anyone who can display proof of voting, but we like to think it’s Calgarians dedication to democracy that’s spurring them to their stations – rather than a free snack.