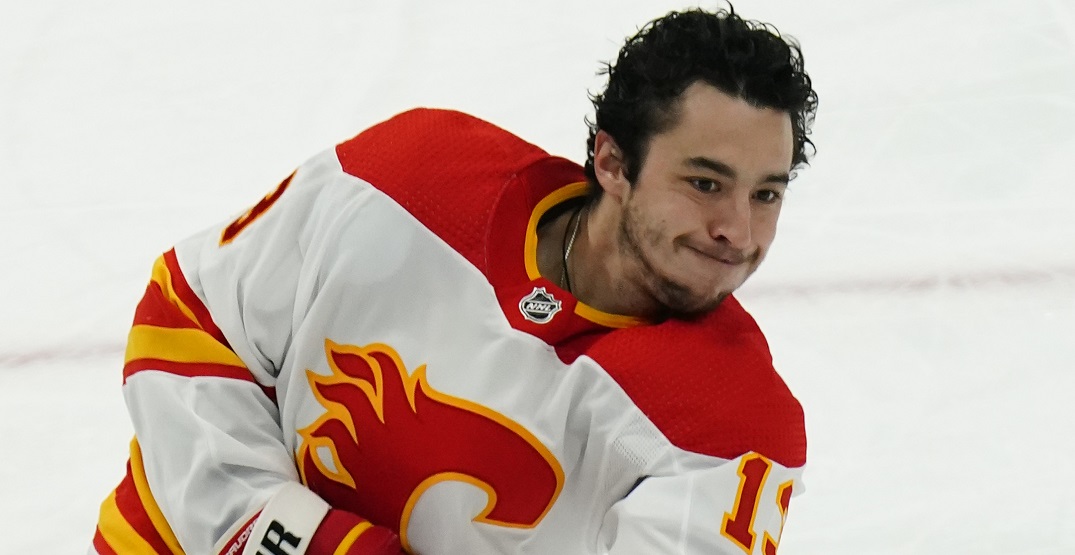 It appears as though Johnny Gaudreau has called timeout.

The leading scorer of the Calgary Flames and pending unrestricted free agent forward remains undecided about a new contract offer from the Flames, according to TSN’s Pierre LeBrun.

“Well, the news is that there is no news, which is not good news if you’re Calgary, if you follow along here,” LeBrun said on Insider Trading on Thursday. “It is status quo in that I’m told [as of now], Johnny Gaudreau remains undecided about the offer from the Calgary Flames.”

Gaudreau led the Flames and finished tied for second in NHL scoring in 2021-22 with an NHL career-high 115 points (40 goals, 75 assists). His point total was the second-highest single-season effort ever in a Calgary jersey behind Kent Nilsson’s 131-point campaign in 1980-81.

The 28-year-old finished fourth in Hart Trophy voting as the NHL’s most valuable player in June.

Gaudreau, who was selected with the No. 104 pick in the 2011 NHL Draft and has 609 points (210 goals, 399 assists) in his eight-year NHL career with the Flames, is eligible to become an unrestricted free agent on July 13.

He expressed a fondness for Calgary in his exit interview with media in late May.

“Calgary has a special place in my heart,” Gaudreau said. “I’ve been part of this organization for 11 years now. Everything about this city, I love. My wife loves it here. You guys can tell on Twitter — my uncle, my dad, my mom, my sisters, my brother, everyone loves Calgary. It’s a special place in our heart and we love it here, so we’ll see what happens.

Gaudreau hasn’t, however, given an indication to Flames general manager as to whether or not he’ll test those waters, according to LeBrun.

Its expected he’ll use all his available time before making a decision.

“His camp has not communicated to the Flames one way or another where this is headed at this point,” LeBrun said. “We’re a week away from the draft. We’ve said before that the Calgary Flames would be nervous letting this drag out all the way to the opening a free agency in the sense that probably they have to start pivoting here soon if they don’t think they’re going to be able to re-sign Johnny Gaudreau.”

“Ultimately, I think what it sounds like to me is that Johnny Gaudreau wants to keep Calgary in the fold, that he’s still interested in that offer, but may want to take a peek and see what’s out there and that’s not ideal if you’re Calgary.”