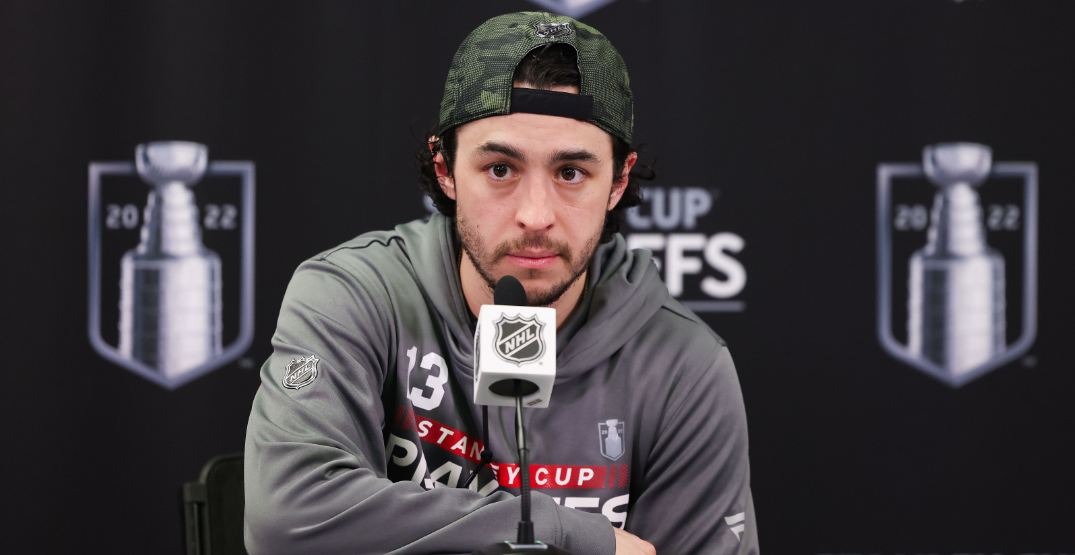 At least, not yet.

And though there’s mostly silence on the subject, there’s no reason for Flames fans to hit that panic button just yet. The odds of something coming anytime before the 24 hours preceding the July 13 date marking the opening of unrestricted free agency aren’t overwhelmingly high.

And why would they be?

Certainly the Flames would’ve liked to lock up the left winger, who rocketed to an NHL career-high in goals (40), assists (75), and points (115) in 2021-22, the second the club was eliminated from the Stanley Cup Playoffs in May. That wasn’t going to happen, though.

“I think the longer this goes on with Johnny Gaudreau, I have to imagine if you’re the Flames and you’re Brad Treliving you’re sitting there with a pretty sick feeling at the moment,” NHL insider Frank Seravalli said on The DFO Rundown on Monday.

But there’s no reason to rush to put pen to paper either.

At least, not until the very last minute.

It’s the approach Gabriel Landeskog took in re-upping with the Colorado Avalanche last season. He inked an eight-year deal on the eve of unrestricted free agency last July. The late signing didn’t mean Landeksog, who signed at an annual average value of $7 million, was disinterested in returning, or even that a late pitch changed his mind.

Landeskog, in this instance, just exercised his right to run out the clock. So too is Gaudreau, it appears.

It doesn’t necessarily make him less likely to re-up with the Flames, who are the only club in the league that can offer Gaudreau, who finished fourth in the Hart Trophy vote, the max term of eight years on a new deal.

It doesn’t necessarily make him more likely to re-up in Calgary, either.

But time is on his side, and he’s got the right to take his time on what amounts to a life-altering decision, one way or another.

“Calgary has a special place in my heart,” Gaudreau said after the Flames’ exit from the playoffs. “I’ve been part of this organization for 11 years now. Everything about this city, I love. My wife loves it here. You guys can tell on Twitter — my uncle, my dad, my mom, my sisters, my brother, everyone loves Calgary. It’s a special place in our heart and we love it here, so we’ll see what happens.

No news on the Gaudreau front doesn’t necessarily equate to bad news.

And while he could ultimately decide to move elsewhere in a little over two weeks’ time, there’s no need to panic just yet on the radio silence from Gaudreau’s crew.