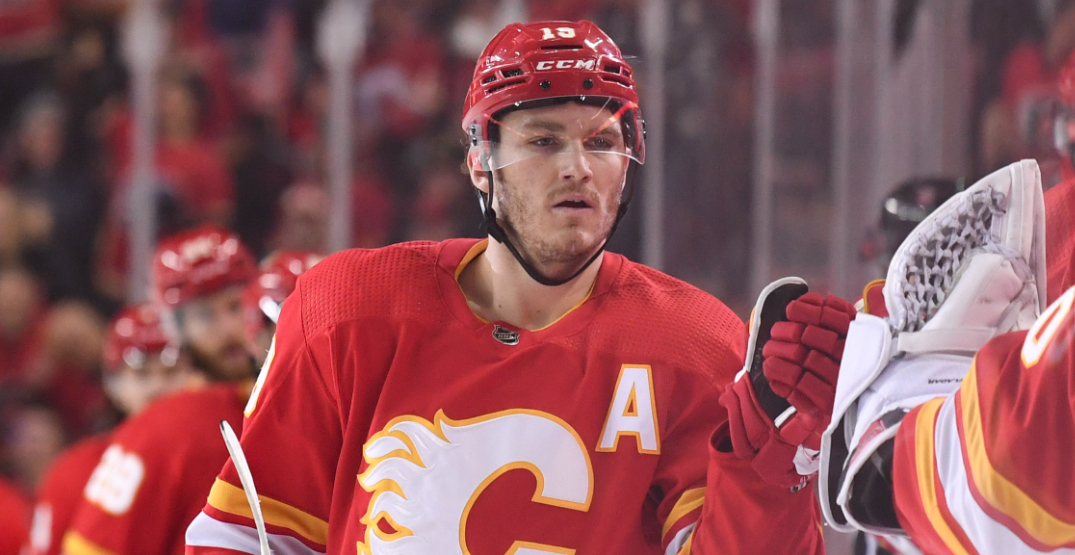 Less than a week after the Calgary Flames and Johnny Gaudreau went through a sudden divorce, the club and star Matthew Tkachuk might be heading for a similar surprising split.

The Flames opted to take Tkachuk, who was eighth in NHL scoring with 104 points (42 goals, 62 assists), to arbitration on Monday, putting in motion what seems to be more likely setting the stage for a trade than a long-term deal to keep the 24-year-old in Calgary.

The move eliminates Tkachuk’s ability to sign an offer sheet with another club, a motivating factor behind the Flames’ decision to seek arbitration.

“The Flames have filed for club-elected salary arbitration with Matthew Tkachuk. This provides us the opportunity to continue to work with his representatives towards a contractual resolution while removing the possibility of an offer sheet,” the club wrote in a tweet Monday.

Compensation on a Tkachuk offer sheet would’ve likely yielded a return of four first-round picks based on the going rate for someone of his unique skillset.

Conversely, a lower offer would not only give poorer compensation, any matching would prevent the Flames from being able to trade the point-per-game player prior to him becoming an unrestricted free agent next July.

So instead, the Flames have bought themselves additional time in searching out a deal that’ll more suit their immediate needs.

Arbitration hearings will be set between July 27 and August 11.

Of course, there’s nothing preventing Calgary and Tkachuk, who lost the ability to simply accept his one-year, $9 million qualifying offer, from hammering out a long-term deal to keep one of the league’s highest-scoring wingers at bay.

But that doesn’t seem to be the vibe radiating out after Monday’s announcement.

And if the motive behind the move is to better control the options going forward — namely in facilitating a trade — it makes sense.

The Flames lost Gaudreau, the second-leading scorer in the NHL, without compensation. That can’t happen again for another top-10 sniper — especially if Tkachuk has indicated that he’s more likely to test the open market in 12 months’ time.

Speculation is already starting that trade talks are in the works. If this is simply stalling for time from Calgary’s end, it becomes all the more clear that a trade is on its way to being facilitated.

If the two sides go through the arbitration period, the earliest Tkachuk and the Flames can agree on an eight-year extension, post-award, becomes January 1, 2023.

That’s too far in the future for the Flames to wait on a move.

Treliving, who had little control over Gaudreau’s situation, has grabbed some back in the Tkachuk negotiation.

What result it yields remains to be seen.