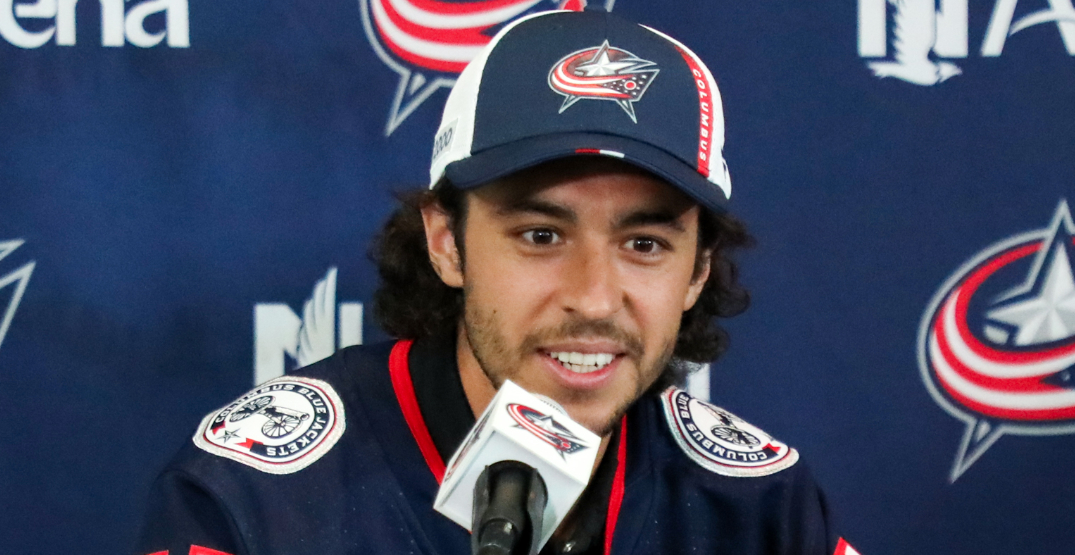 Johnny Gaudreau probably understood Calgary Flames fans would be disappointed in his decision to choose the Columbus Blue Jackets over a return to the team he’d spent his entire NHL career with.

He didn’t, however, expect to receive the amount of backlash from the Flames faithful he did in opting to forego an eight-year contract reportedly worth upwards of $10.5 million per season to sign a more modest seven-year pact to move from Calgary to Columbus.

“I didn’t think I’d get it as bad as I have,” Gaudreau said on the Spittin’ Chiclets podcast Tuesday. “I obviously thought there was going to be some fans not happy, but I didn’t think I was going to hear about it as much as I have. I get it. They have very passionate fans and they love their Flames and the city of Calgary loves hockey. I understand it’s been hard on a lot of people, but I still love that place. I was part of that organization for 12 years, played there for eight or nine years, and the city was great to me every single time.

“It sucks having to leave, but I wish them all the best and they can get over it soon here because it is a great place and I really did love it there.”

Gaudreau informed Flames General Manager Brad Treliving that he wouldn’t be accepting the club’s eight-year offer just over a dozen hours before free agency opened. It left fans in Calgary reeling and feeling as though the superstar left an entire city twisting in the wind for fun.

The 28-year-old, who outlined why he chose Columbus in an introductory press conference last week, tried to dispel the notion.

“A lot of people think I was just dragging Calgary along,” Gaudreau said. “I thought about signing back in Calgary or going to free agency every day for like a month. Every day I thought I was going to possibly go back to Calgary and the next day I thought… and I just kept going through it in my head. It was a long month. It came down to literally the last day. I didn’t know what I was going to do.

“I love Calgary so much. It’s such a great place to play. The fans are great. But in that final kind of few hours, I thought it was going to be best for me to test free agency. It was a hard decision. It was a long month there. It was one of the hardest things I’ve had to do in my life, let Calgary know that I wasn’t going to go back.”

Gaudreau finished tied for second in the NHL with 115 points (40 goals, 75 assists) and added 14 points (three goals, 11 assists) in 12 games in the Stanley Cup Playoffs.

It was the second-most productive season in Flames history and led him to be the most coveted free agent available this summer.

Surprisingly, though, Gaudreau said there were only a couple of teams interested in his services, and he admitted the New Jersey Devils were his likely destination before the Blue Jackets stepped in late Wednesday afternoon.

It set up his shocking departure from Calgary.

“To be honest, I don’t think I’d ever want to do this again,” he said. “It was a really stressful day. I thought it’d be like, ‘oh, free agency…this team is going to want me, that team is going to want me…get a call from this guy, that guy’ and it was nothing like that at all. Maybe it’s because of the flat cap and it’s harder on teams and stuff like that, but I was only talking to two, three teams.

“I was super thankful Columbus called during that late hour in the afternoon because I think I was trying to get a deal done with the Devils and Columbus called and I was like ‘I want to go here.'”